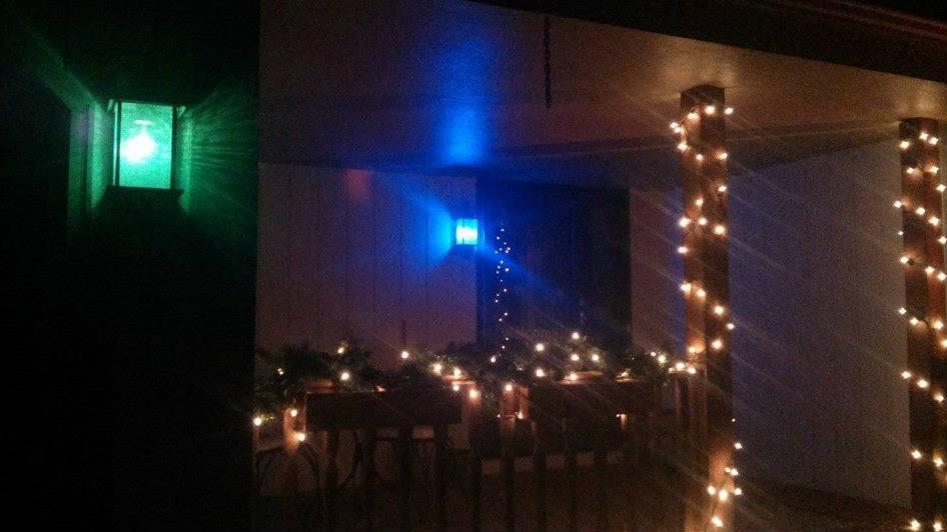 Changing the front porch light to blue is now a tradition to all those who want to honor fallen Police Officer Jennifer Sebena.

The 30 year old Wauwatosa Officer was shot and killed while on patrol Christmas Eve of 2012.

Investigators describe it as an ambush. She was shot while leaving the Fire Station, a place officers on patrol would sometimes take breaks.

Her Iraq War Veteran husband later plead guilty to the killing and was sentenced to life in prison in August of 2013 with the possibility of parole in 35 years.

The community has long rallied for this officer and her colleagues.

There was a successful petition to see that her name got on the National Law Enforcement Memorial, initially she was rejected because of the domestic nature of her death.

A facebook campaign also began having people put up a single blue light in her honor.

If you look around now you'll see many homes and businesses have gone beyond and devote entire Christmas displays in blue to Officer Sebena.

The organizers say the effort is not just for Wauwatosa. Photos of blue lights have come in from around the country.

The family has suffered immensely in the aftermath of the crime.

Jen Sebena's brother, Jacob Wernitznig,28, took his own life on the one year anniversary of her death.

Many respect the family's need for privacy at this time, but feel compelled to display their support, even if it is just a single blue light.

A light that reminds them when they come home for the night, that officers everywhere are out on the streets, the front line to keeping them safe.