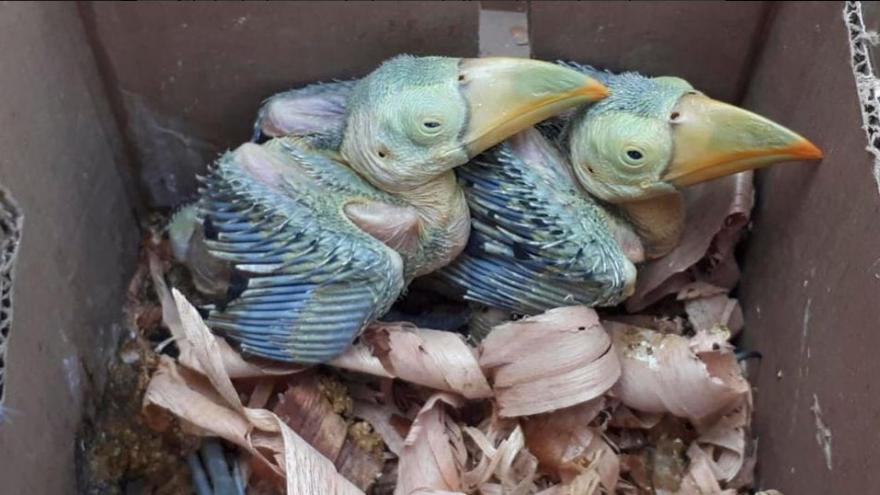 PARIS (CBS News) -- A monthlong global operation against illegal trade in wildlife and timber has resulted in the seizure of thousands of live animals and tons of meat and ivory, international police agency Interpol announced on Wednesday. Among those arrested were flight attendants carrying turtles in their baggage and a hunter who posted his illegal trophies on social media. Some 1,400 suspects have been identified worldwide, Interpol said.

The 1,974 seizures, worth millions of dollars, include 43 metric tons of wild meat - including bear, elephant, crocodile, whale and zebra - 1.3 tons of elephant ivory, 27,000 reptiles, almost 4,000 birds, 48 live primates, 14 big cats and the carcasses of seven bears including two polar bears.

Several tons of wood and timber were also seized.

"In this operation, these countries focused during the month of May on all sort of wildlife crimes whether they be plants, animals, timber," said Sheldon Jordan, Canada's director general of Wildlife Enforcement. "The results were spectacular."

He added that wildlife crime is the fourth largest crime by value in the world, estimated to be worth $115 billion a year.

The operation saw 8 tons of pangolin scales seized worldwide, half of that by Vietnamese maritime authorities on board a ship arriving from Congo.

Pangolins, the world's most heavily trafficked mammal, have been brought to the brink of extinction because their scales are popular in Asian traditional medicine.

A man was arrested in Israel and awaits deportation to Thailand after his hunting photograph on social media led to the seizure of multiple wildlife items at his home, including fox, jackal and mongoose bodies.

Investigative crime intelligence was gathered ahead of the operation and coordinated by Interpol and the World Customs Organization, to help target specific hotspots for action, including land and airport border points and wildlife parks.