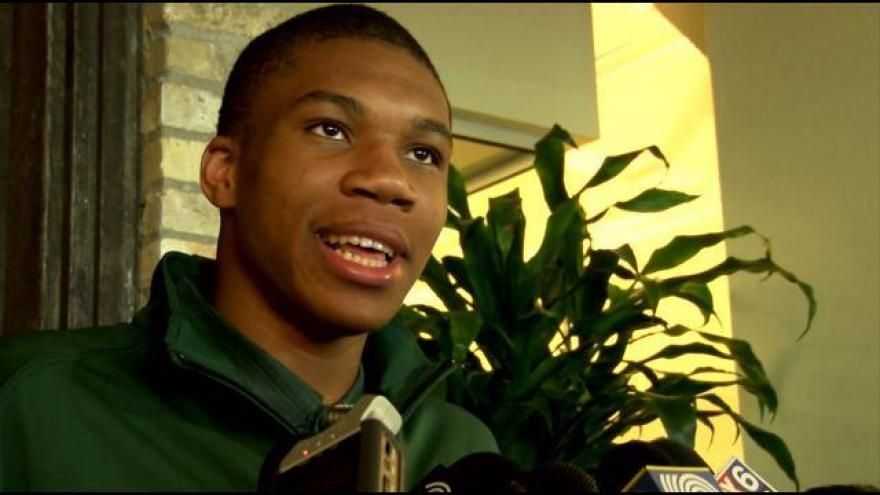 The first votes for the NBA All-Star game are in and Giannis Antetokounmpo of the Milwaukee Bucks is in second place in the frontcourt behind Lebron James. As of Thursday, Giannis had 500,663 to Lebron's 595,288.

Jabari Parker is 10th in frontcourt voting with 64,141 votes.

The first @NBAAllStar returns are in! Giannis is second in the frontcourt behind LeBron & Jabari is 10th! https://t.co/GkGepnSmd1 The Future pic.twitter.com/Tbn1BbEpqF

So if it was just up to the fans, the East team would be made up of LeBron, Love, Antetokounmpo, Irving and DeRozan. Antetokounmpo has over 250,000 votes more than Love or any other East frontcourt player besides for James, so he's on pace to start in his first All-Star game. The media and players voting could change this but there is really no way Antetokounmpo's lead can shrink by that much.

In the West, fans are voting in Pachulia, Durant, Curry, Harden and Westbrook. Pachulia is the only misnomer there. He only has a slim lead over Kawhi Leonard and Anthony Davis, so perhaps he won't hold on that position for that long. Also, the players and the media likely won't be voting for Pachulia in droves. Expect someone else to take that spot.

Besides Pachulia, the first returns of fan voting seem pretty reasonable. And while Pachulia likely won't be able to hold on to his spot in the West, just like last season, the amount of votes he garners should be highly entertaining to see while reinforcing why a change was made to the All-Star voting process.