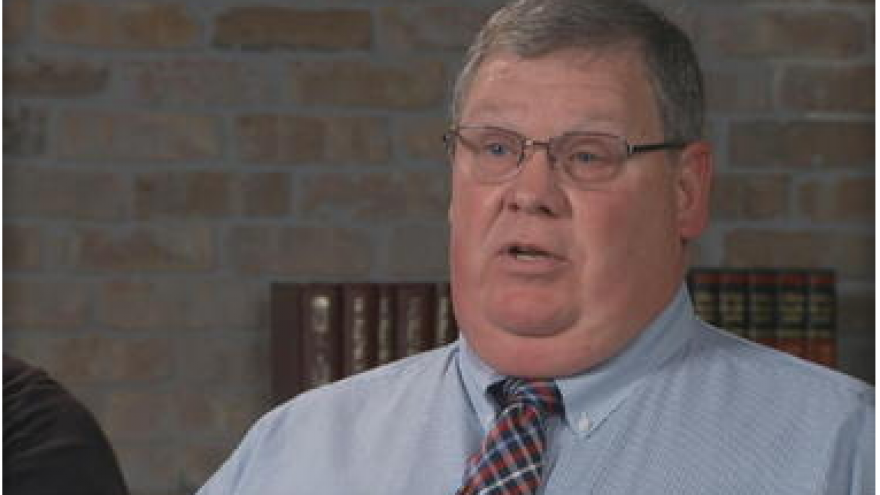 (CBS NEWS) -- The dreaded butt dial or pocket dial at best can be embarrassing– at worst, it could cost you your job. James Stephens and his wife were at home one night complaining about his boss who overheard because James had pocket dialed him. The next day, James says he was given a choice: resign or be fired. He resigned. Now, he and his wife are suing, claiming that eavesdropping was illegal.

"He had a tendency to call me after hours quite a bit," James told CBS News' Mark Strassmann.

After James' boss, Michael Coan, called him at home late one night his wife Gina had something to say about the "intrusion."

Coan overheard them talking for about 12 minutes before James realized he had pocket dialed his boss. He hung up immediately.

The next day James says he was forced to resign his six-figure job with the state of Georgia. The Stephenses sued Coan personally, claiming he had invaded their right to privacy with "voyeuristic eavesdropping (that was) felonious conduct."

Lawyer David Guldenschuh represents the Stephenses. He argues the conversation was private, Coan knew it, and was legally obligated to hang up.

"You may not use an electronic device to listen into a conversation you know to be a private conversation," Guldenschuh said.

Coan filed a motion to dismiss the suit arguing in his official capacity as a state supervisor he was listening to the pocket-dialed call of a subordinate employee and deserves immunity. CBS News reached out to Coan's lawyer who said "we are unable to comment on matters that are pending."

"What we find here is someone who really believed he had a reasonable expectation of privacy in having a very, very confidential conversation with his wife and that yet, it may not be private at all," said CBS News legal analyst Rikki Klieman.

In 2015, the Sixth Circuit U.S. Court of Appeals ruled on a similar case in Kentucky. It decided someone who pocket dials another person does not have a reasonable expectation of privacy because they placed the call.

"If I'm talking to my husband just to kind of de-stress, and we're talking to one another...In my own home then no I don't think that should lead to termination," Gina said.

A state judge now has to decide whether Coan was acting in his official capacity as a state supervisor and therefore deserves immunity. If the judge rules this was a case of one private person eavesdropping on another, then this case moves forward.