George Floyd's brother calls for an end to violence; 'That's not going to bring my brother back' 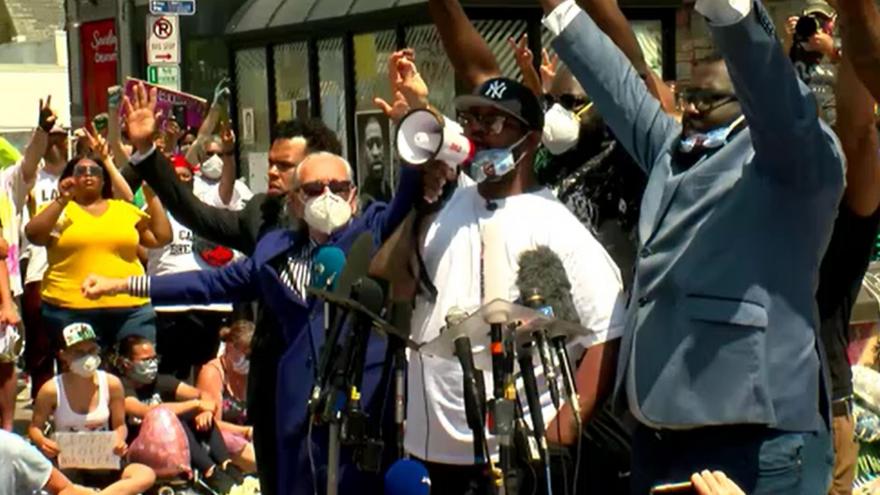 MINNEAPOLIS (WCCO/CNN) -- Terrence Floyd visited the site of his brother George's death in Minneapolis and called for peace from protesters.

In an emotional moment, Floyd joined a civil rights leader, a civil rights attorney and a community activist to lay flowers and hold prayer at the site.

Floyd told the crowd that violence and unrest would not bring his brother back. He urged everyone to protest peacefully. He said he knows his brother would not want anyone to be doing this and told people to relax.

A week after George Floyd died in police custody in Minneapolis, daytime demonstrations focused on racism and police brutality are increasingly giving way to violence and chaos by night.

President Donald Trump told governors they needed to take a hard line on protesters. On a call with governors he told them they had to crack down and arrest people.

The unrest and the race to control it have come as the country was already grappling with a pandemic that has killed more than 100 thousand people and an economic collapse that has put millions out of work.