Fundraiser to be held for boy, 6, Saturday afternoon 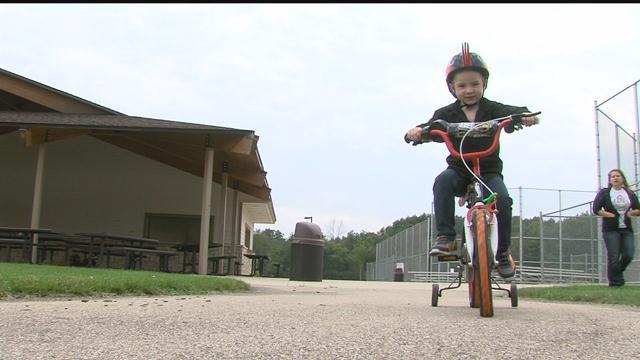 SALEM, Wis. (Sept. 18, 2015) -- Helping a small town Wisconsin family dealing with some big problems. A mother's six-year-old boy, undergoing Leukemia treatment, is severely injured in a household accident. A fundraiser is being held, Saturday, to give that family some support.

Even on the darkest and cloudiest days in southeast Wisconsin, Bryce, 6, is bright and cheerful. That happiness spreads to his five-year-old brother Aiden and his mother Dolly Derrig.

"I wouldn't change it for the world, it is the best feeling in the world, the best thing to see especially as far as he's come and how much he's been through," Derrig said.

What Bryce has been through is a life-changing diagnosis. In the middle part of 2014, Bryce started not feeling well and doctors said it was strep throat. That became sleepless nights because of an infection in his hip. As an MRI was being done at Children's Hospital of Wisconsin, Bryce's family received the startling news.

"Oncology came and said that there were some abnormal cells in his blood and that he had leukemia," Derrig said.

Treatment quickly began and Bryce eventually went in to remission. Then, a household accident happened earlier this year which left him with serious burns. The accident is too hard for her to discuss. Dolly Derrig's family has been through a lot, but she says it's been a true strength test.

"You never know how strong you are until a situation like this hits you," she said.

Friends, family and community members are expected to gather for a fundraiser to help this family. It's being held at American Legion Bar-Restaurant from 1 p.m. to 6 p.m. The address is 307 North Cogswell Drive in Silver Lake.