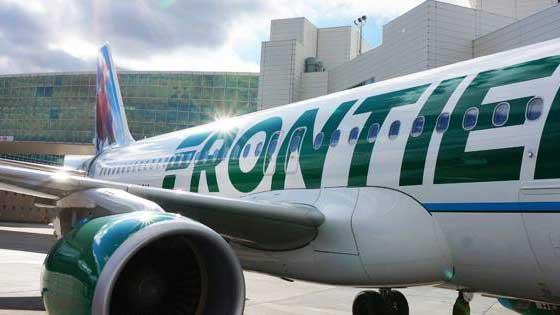 “Frontier’s growth here is a result of passengers choosing MKE as their starting point. We encourage Milwaukee and Illinois-area travelers to continue using MKE instead of the inconvenient airports in Chicago,” County Executive Chris Abele said. “Airlines like Frontier respond to increased demand in key markets like Phoenix. This is a great example of how MKE succeeds when travelers choose their hometown airport for all of their travel.”

Frontier’s new flights to Phoenix operate every Monday, Wednesday, Friday and Saturday. Current advertised fares are as low as $39 each way and are available online only at www.flyfrontier.com.

So far in 2016, passenger traffic at MKE is up more than three percent compared to the same period in 2015. September traffic was up nearly eight percent from the previous September, with much of that growth coming from new flights offered by Frontier.

Mitchell Airport offers nonstop flights to 37 destinations coast-to-coast, and 160 international destinations are available from Milwaukee with just one connection. MKE is also served by Alaska, Air Canada, American, Delta, OneJet, Southwest and United. The nonstop cities map can be found at www.mitchellairport.com.