Friends of Slain Delivery Driver Question if Attack was Random 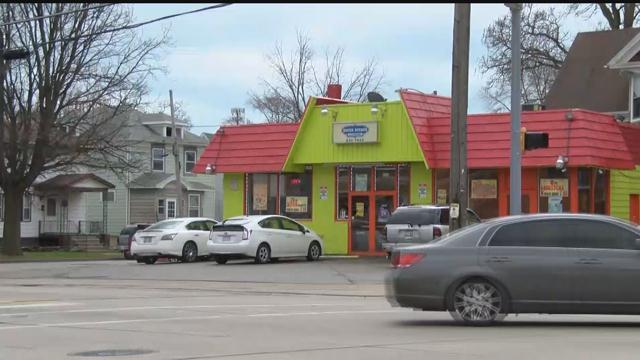 Friends of a Racine delivery man who was shot and killed on job last Friday are questioning if the attack was truly random. So far police have reported no arrests.

The victim, 37-year-old Jimmy Norris, worked at Super Steaks & Lemonade before he was killed while making a delivery on the city's North side.

His family says it's not the first time Norris was attacked on the job and now they are trying to get answers if a previous attack is connected to this fatal one.

Friends say the news of his death is just starting to hit them.

"Everyday he was right here drinking coffee with me," Candace Ali, who works at Sunshine Supermarket across the street from Super Steaks & Lemonade, said.

"I was waiting for him on Saturday morning actually. And I didn't hear him or see him. He always comes in and I say 'Oh, where's Jimmy? I haven't seen him today'. And that's when I heard about it," Ali said.

Norris's family says he died after getting shot in the chest while making a delivery to Green street. At most - fellow drivers say - he was carrying $100.

Employees at Super Steaks & Lemonade said this attack happened only a few weeks after Norris identified a suspect for a previous armed robbery for police. That attack happened in December and Norris was the victim - getting pistol whipped multiple times, his family said.

Racine Police would not confirm if they believe Norris was killed in a targeted attack and said their investigation is on-going.

Co-workers say what happened scares them.

"I know Saturday they didn't do any deliveries," one employee said.

Some of the employees have known Norris and his family since they moved to Racine about two years ago. Currently the family says they have no money for a funeral and they're worried about the future without their main provider.

"He's got these beautiful kids. The wife. I mean he takes care of everybody. If I ever needed anything he'd be like 'What you need? Can I help?' So it's like we need more people like that around," an employee said.

A Gofundme page has been started for the family and Norris's widow has confirmed that this is their official fundraiser despite not being started by her personally.

More fundraisers for the family, however, are expected to be organized in the near-future.