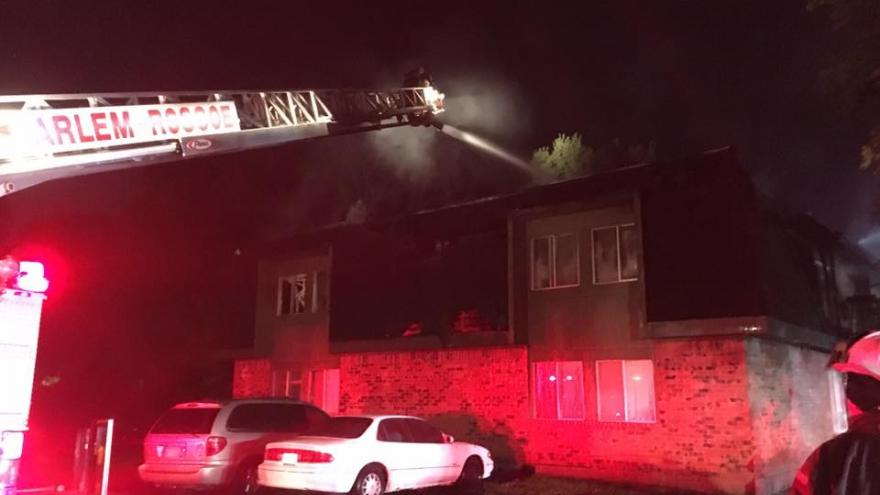 BELOIT, Wis. (CBS 58) -- A two alarm fire in a Beloit apartment complex has put about 36 people out of their homes.

Just before 10 p.m. Friday, the Beloit Fire Department was called to a blaze in an eight unit apartment building on W Grand Avenue between 8th and Hackett Streets. When firefighters arrived, they reported seeing flames coming from the second floor and roof of the building.   Additional crews from Wisconsin and northern Illinois were called to help fight the fire. After about three hours, the fire was brought under control and extinguished.

According to the Beloit Fire Department, the residents of the apartment building were able to get out of the building unharmed and that everyone was accounted for. The Red Cross is assisting those displaced by the fire.

The entire eight-unit apartment building has been declared uninhabitable with damage estimated at $385,000.

The Beloit Fire Department says the cause of Friday night’s fire been determined to be the accidental use of smoking materials. No citations have been issued.