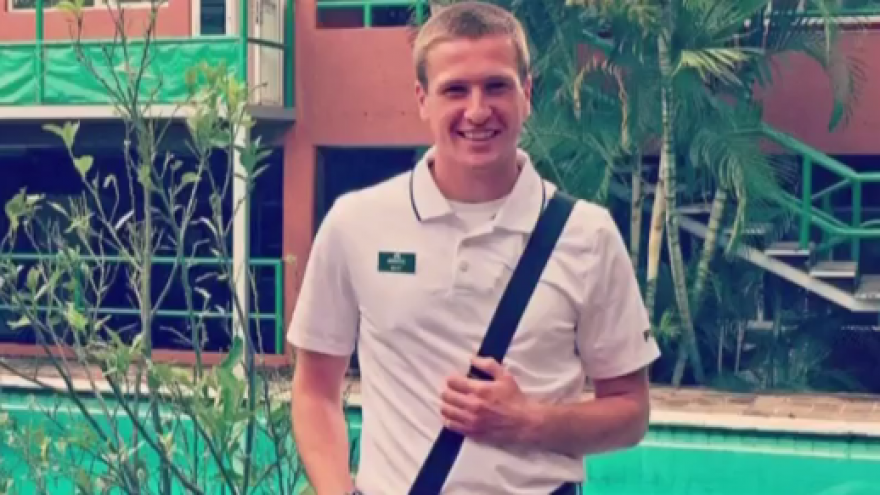 GREEN BAY, Wis. (WFRV) - When that earthquake hit in Mexico, four UW-Green Bay students were in the middle of it all. Local 5's Kris Schuller spoke with one of them - who is trying to make sense of the devastation.

When a massive earthquake hit central Mexico Tuesday, shaking the ground and making buildings sway,Riley Garbe was on a second floor deck at a private school in the city of Cuernavaca - feeling a bit like he was in a movie.

“All of a sudden everything started to shake and rumble, my laptop fell on my lap and I've never experienced an earthquake before,” said Garbe. “I happened to be able to look out over the city and everything was rumbling.”

Garbe is a UW-Green Bay student - one of four from the college - student teaching in Mexico this semester at two private schools.  Placed there through the Office of International Education – a department whichquickly tracked down the students after news of the quake.

“We immediately got in touch with the facility members that help us coordinate and within a two-minute span we were able to confirm the students were okay and accounted for,” said Brent Blahnik, the head of the department.

But while Garbe and his fellow students were okay - their schools escaping damage -  the city ofCuernavaca did not. It is one of the worst hit areas in Mexico, thrown into chaos by this natural disaster.

“Power outages for millions in the state we are in, public transit shutdown, hospitals jammed, ambulances all over, traffic backups all over - just a wild scene,” said Garbe.

While the city deals with the aftermath all classes have been canceled.  Giving all four students time to reflect on what they've seen.

“We're all feeling really sad, as we look at the news stories and look around the city and see all these lives lost,” said Garbe.

“Very fortunate our students were safe, continue to be safe,” said Blahnik.

Thankful - all survived the massive quake.

“It was kind of a big shock, felt like I was in a movie, like the end of the world,” Garbe said.