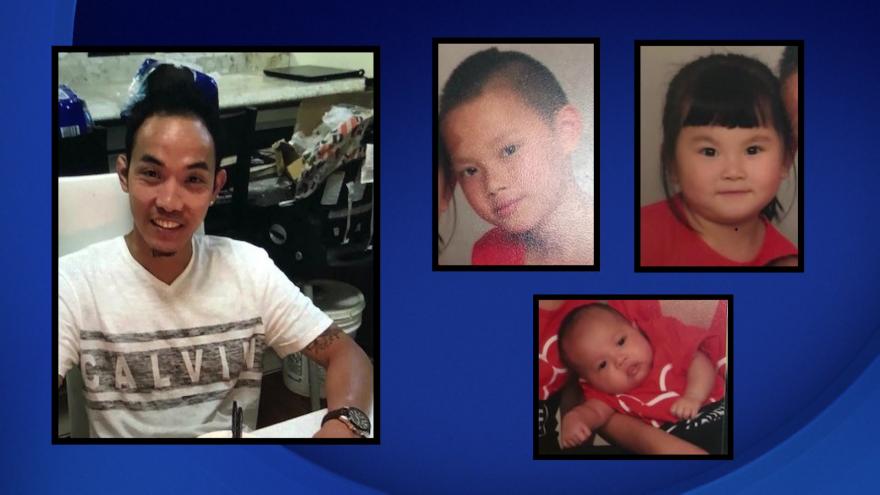 FORT ATKINSON, Wis. (CBS 58) -- Authorities say a father and his three kids have been found safe in South Carolina.

The father, 35-year-old Hui Zhu of Fort Atkinson, allegedly took his three kids against the wishes of his wife and the kids' mother.

FORT ATKINSON, Wis. (CBS 58) -- Fort Atkinson Police have now been told that Hui Zhu may be armed with a gun. They tell the public to use caution if you find him and to not approach.

Anyone who sees Hui Zhu who goes by the name Kenny should call 911 immediately.

35-year-old Hui Zhu who goes by "Kenny" was last seen this past Monday, July 23, around 2 a.m. He took his three kids aged 3 months, 3 years and 11 years against the wishes of his wife and the kids' mom.

Police say Zhu spoke to his wife around 10 a.m. that Monday morning but hasn't been seen or heard from since. He said he was going to O'Hare airport in Chicago where he was going to take the kids to China. Law enforcement confirms that neither Zhu or any of the kids have boarded any flights.

Zhu's wife says he left with $7,000 in cash and the kids birth certificates. She says Zhu's mental stability has been deteriorating the past six months and had been very paranoid the last few days before he left.

Zhu is driving a 2015 white Ford F-150 with Wisconsin license plate LH4873. He is described as 5'9" tall and 130 pounds with black hair and eyes and a large dragon tattoo on his left upper arm.

The car was spotted on Wednesday, July 25 in West Virginia.

Anyone who sees the family or has additional information is asked to call Fort Atkinson Police at 920-563-7777.