FORT ATKINSON, Wis. (CBS 58) --- After more than 96 hours of fire crews counited to contain an industrial fire in Fort Atkinson, fire operations have been terminated.

The fire broke out near Main and Oak Street on Tuesday, Aug. 10. Nearly 50 neighbors were evacuated by police.

FORT ATKINSON, Wis. (CBS 58) -- With a downpour of rain and the threat of severe weather hanging over their heads, fire crews counited to contain an industrial fire in Ft. Atkinson near Main and Oak Street into Tuesday night, after up to 50 neighbors were evacuated by police.

Ft. Atkinson firefighters said the storm won't have much of an impact on the fire, but it is something they're keeping an eye on.

"Well I dialed 9-1 and then the police showed up," recalled Craig Lang who lives just a few hundred yards from where the fire started.

That fire, practically in Lang's back yard, could be seen from miles away.

"I was in my back yard doing paperwork for my business, I backed out of the driveway and I looked to the east, and there's a huge plume of smoke," said Lang.

Lang said he had concerns about how the fire would be dealt with as winds shift and the storm system blows through the area.

"If the wind shifts, my house is right there, you know," said Lang.

At a press conference in the afternoon, Ft. Atkinson Fire Chief Daryl Rausch addressed those concerns as the control of the fire continued into the night with new crews responding.

"We are going to be monitoring the weather to make sure that they're safe, I don't think the weather will affect the outcome of the fire at all because it's a total loss, but we do want to protect the people that are here watching it," said Rausch.

Chief Rausch said they're also keeping the environmental impact in mind by working with the EPA.

He said there are concerns about the smoke itself and runoff from fighting the fire. He said the smoke is less of a problem than the runoff, but there's only so much water they can use at one time.

"At this point, that decision has been made for us because our water systems are down to a minimum. So we are going to allow the rest of the material to go ahead and burn up," said Rausch.

He said they'll likely never know what caused this fire due to the part of the structure where it happened being a complete loss.
------

FORT ATKINSON, Wis. (CBS 58) -- Dozens of crews are battling a fire at an industrial park in Fort Atkinson Tuesday, Aug. 10. Fire officials say the building on Oak Street -- which is a total loss -- will burn throughout the night.

Thick, dark smoke from the fire could be seen for miles. Officials said the black smoke is due to burning military tires inside the building.

At least two firefighters were treated for minor heat-related injuries, and approximately 50 nearby homes were evacuated out of precaution.

First responders are continuing to battle an industrial fire in Ft. Atkinson, WI. Residents say has been going on all morning, some residents have been asked to voluntarily evacuate their homes just in case. @CBS58pic.twitter.com/hnS9xM3vdP

At 4 p.m., fire officials said they had used an estimated 1 million gallons of water to put out the fire. 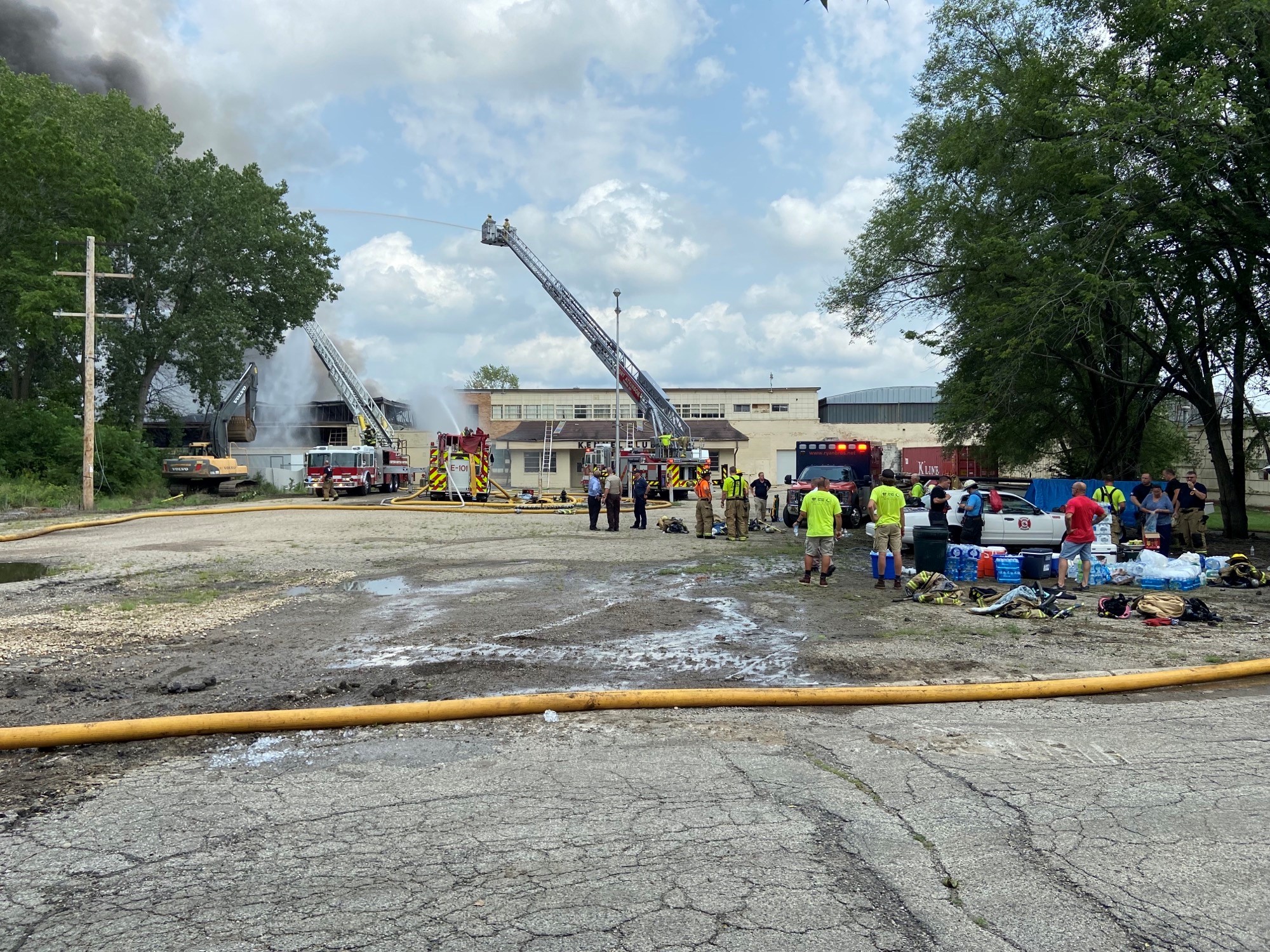