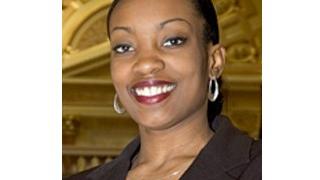 Dane County Executive Joe Parisi announced Grigsby's death on Tuesday. Grigsby dealt with cancer during her time in the Legislature, stepping down in 2013 after eight years representing a portion of Milwaukee.

Grigsby later became the community outreach coordinator in Parisi's office and was recently appointed director of the county's new Department of Equity and Inclusion.

In a statement, Parisi's office said funeral services were pending and the family had requested privacy. Parisi described Grigsby as a "special human being" whose sole motivation was to make a difference in the lives of others.

Democratic Senate Minority Leader Jennifer Shilling said Grigsby was a strong, passionate articulate voice for her community and children and families across the state.