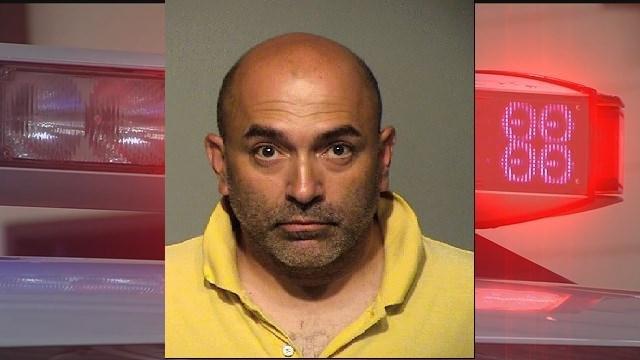 A former Milwaukee Police Officer was charged with disorderly conduct and possession of cocaine after threatening Milwaukee Mayor Tom Barrett.

Gilberto Collado showed up at City Hall on Thursday, August 18 and told a city employee that he was recently arrested for DUI and was a former employee of the city. While Collado was in City Hall, Mayor Tom Barrett and his protection detail exited the Mayor's office. Collado then stated that he hates the Mayor and said, "if they try anything, I'll beat their asses with a gun. I have a gun in my bag."

Collado then left City Hall but said he would be back. The city employee notified police about the interaction and officers were able to locate Collado about two blocks away from City Hall. Officers confiscated the defendant's bad and found a 1.5 pound camp axe and a sandwich bag containing a small amount of what was suspected to be cocaine.

Officers tested the substance and determined it was cocaine weighing in at 0.24 grams.