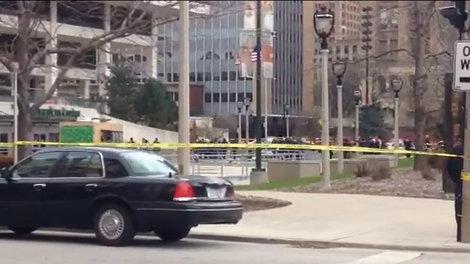 Former Milwaukee police officer Christopher Manney has filed an appeal of his discharge from the department with the Fire and Police Commission.

Manney filed the necessary paperwork to appeal on October 17, according to the Fire and Police Commission.

Flynn charged Manney with breaking policy when he conducted a pat down of Hamilton without reasonable suspicion, and said Manney's actions led to the fatal shooting.

Manney defended his actions in a four page response letter to Chief Flynn.

He said he feared for his life when approaching Hamilton, saying he had a \"stare that made me feel as if he was looking through me and wanted to hurt me.\"

He added, Hamilton had \"bulges in his clothing\" and he thought he was homeless and armed, noting that Hamilton was bigger and in better shape.

Flynn said Hamilton was supposed to be treated like an emotionally distressed person and that Manney was not supposed to pat him down.

Flynn says the pat down lead to a physical confrontation with Hamilton. Both men punched each other repeatedly, then Manney used his baton to subdue Hamilton.

According to the chief, Hamilton took the wooden baton from Manney and began beating him with it.

Manney drew his gun and shot Hamilton 14 times. Hamilton died at the scene.

\"Sadly, he has become the scapegoat for the racially-charged political environment we live in,” Donovan said.

\"The decision to terminate our brother officer, was cowardice in nature and unfounded and unsupported by fact,\" Milwaukee Police Association President Mike Crivello said.

A minimum of 60 days from the date of the appeal must pass before a hearing is filed, according to the FPC. Manney and his attorney can elect to waive that period and request a hearing sooner.

The FPC can vote to uphold Flynn's discipline decision or vote to change it and reinstate Manney as a police officer.

In his appeal letter, Manney says he has retained counsel from a Milwaukee law firm and requests that communications be handled through his attorney.