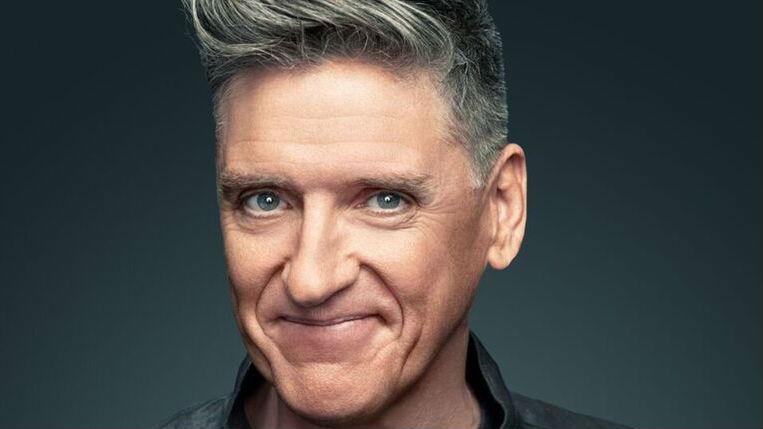 Monday morning the Riverside Theater announced that former CBS Late Late Show host Craig Ferguson would be coming on Friday, November 4. The visit is part of Ferguson's stand-up routine, "The New Deal Tour." The show begins at 8:00 PM and door will open an hour beforehand.

Tickets will go on sale at noon on Friday, September 16. Reserved seating tickets cost $45.50. You can buy tickets by visiting the box office at 116 E. Wisconsin Avenue in Milwaukee or clicking here.

Craig Ferguson entered the world of late night comedy following a diverse and eclectic career that encompasses film, television and the stage. In December 2014, Ferguson concluded his ten-year run as the host of CBS’s “The Late Late Show with Craig Ferguson,” which set all-time viewer records, earned him a Primetime Emmy nomination, and the 2009 Peabody Award for Excellence in Broadcasting for his interview with Archbishop Desmond Tutu. Ferguson can currently be seen on the nationally syndicated game show “Celebrity Name Game,” for which he was recently awarded the Daytime Emmy for Outstanding Game Show Host, for the second year in a row. The third season is set to premier on September 19th. The show, from executive producers Courteney Cox and David Arquette, puts celebrities on the spot as they compete to identify famous names based on improvised clues.

In September 2015, Ferguson launched his fourth original stand-up comedy special on EPIX entitled, “Craig Ferguson: Just Being Honest,” which was nominated for a Grammy for Best Comedy Album. The special was filmed at New York City’s Town Hall and focuses on topics spanning from “the deeply meaningless to the profoundly meaningful.” In May 2016, Craig completed The New Deal Tour, a 60-show comedy stand-up tour across North America. Ferguson was last seen in his original History Channel show, “Join or Die,” which featured him and his celebrity friends debating provocative topics with history experts.

Born in Glasgow, Scotland, Ferguson got his start in the entertainment industry as a drummer for some of the worst punk bands in the U.K., a profession he held for several years. Following his musical stint, he began bartending in a local pub in Glasgow where he was introduced to Michael Boyd, the artistic director of The Tron Theatre in Glasgow, who persuaded Ferguson to give acting a go. After several low paying acting gigs, Ferguson discovered he had a knack for comedy and was soon the star of his own BBC television show, “The Ferguson Theory.” After several stints on the English comedy circuit, Ferguson brought his act to America in 1995 to star with Betty White and Marie Osmond in the short-lived ABC comedy, “Maybe This Time.” After the show ended, ABC decided to add the talented Scotsman to “The Drew Carey Show,” playing Drew Carey's boss, ‘Nigel Wick,’ from 1996-2003.

Ferguson has also become a huge success on the North American comedy circuit. He has performed to sold out theaters all over the country and sold out Carnegie Hall in October 2010. In October 2012 Craig performed his highly praised stand-up at New York City’s Radio City Music Hall to a sold out audience. Additionally, Craig has three widely acclaimed stand-up comedy specials, “A Wee Bit O’ Revolution”, which premiered on Comedy Central and was released on Home Video in 2009, and “Does This Need To Be Said,” which premiered on EPIX in 2011, aired on Comedy Central and was released on Home Video.  In the summer of 2013, Craig released his third comedy album “I’m Here to Help,” garnering him a Grammy nomination for Best Comedy Album. The stand-up special premiered on Netflix and was later released on DVD.

Ferguson has written the feature films “The Big Tease” and “Saving Grace”. In 2003, he made his directorial debut with “I'll Be There,” which he also wrote and starred in. “I'll Be There” went on to receive the Audience Award for Best Film at the Aspen, Dallas, and Valencia film festivals. Craig was also named "best new director" at the Napa Valley Film Festival. Ferguson’s other film credits include, “Niagra Motel,” “Lenny the Wonder Dog,” “Prendimi l’anima,” “Life Without Dick,” “Chain of Fools” and “Born Romantic.” Ferguson was most recently heard on the big screen as he reprised his character ‘Gobber’ in “How to Train Your Dragon 2,” the sequel to the 2010 animated feature, “How to Train Your Dragon.” In 2011 Craig portrayed ‘Owl’ in the highly anticipated Disney classic “Winnie The Pooh.” In the summer of 2012, Craig was heard as the voice of ‘Lord Macintosh’ in Disney’s animated feature, “Brave.”

In April 2006, Ferguson debuted his first novel entitled Between The Bridge and The River, which made it onto the bestseller list.  In the novel, two childhood friends from Scotland and two illegitimate half-brothers from the deep South suffer and enjoy all manner of bizarre adventures which, it turns out, are somehow interconnected-and, even more surprisingly, meaningful.  The eclectic cast of characters features Socrates, Carl Jung, and Tony Randall; while love, greed, hope, revenge, organized religion, and Hollywood also make special appearances.

In February 2008 Ferguson succeeded in becoming a US Citizen, mentioning that this is his home after thirteen years and “my heart is here.” Soon after, Craig had landed himself the biggest date of all; a date with President Bush hosting the White House Correspondence Dinner.  Critics raved of his witty and comical deliverance speech to the 3,000 attendees who included political journalists, celebrities, and Washington’s power players. In 2009, Harper Collins published Ferguson’s memoir American On Purpose - a book about why and how late night funnyman Craig Ferguson became an American. The book was listed on the New York Times bestseller list and continues to sell well to date.