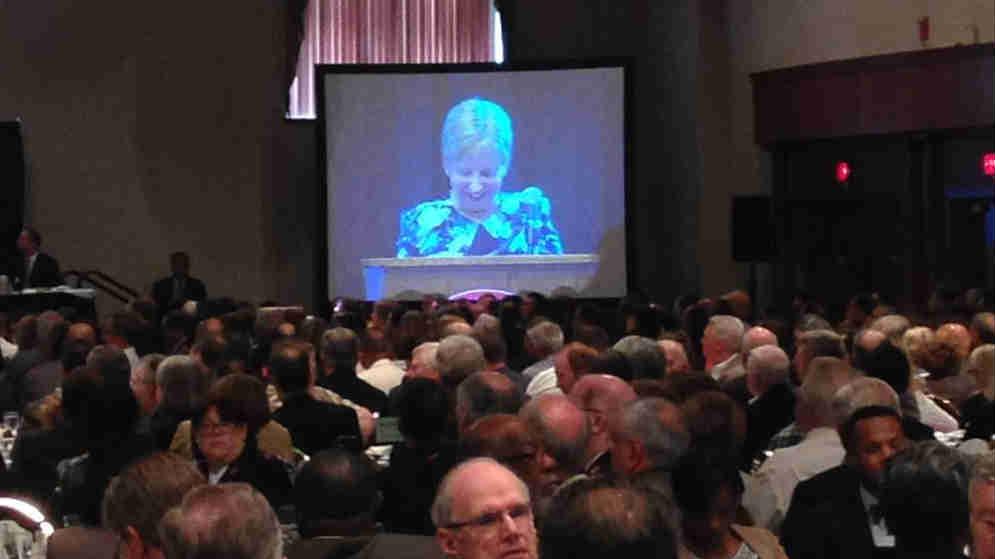 Nancy Writebol worked in Liberia last summer to stop Ebola from spreading. Instead it spread to her. Doctors aren't sure how. But she contracted it last summer. Her battle quickly became an international news story.

She was near death when she finally made it back to Emory University Hospital in Atlanta for treatment.

She spoke at Governor Scott Walker's National Prayer Breakfast Thursday morning at the Italian Community Center in Milwaukee's Third Ward. She highlighted her struggle with Ebola but also the struggle that continues to this day in West Africa. She said nothing compares the Ebola and its symptoms.

Writebol said she relied on her faith to get through the ordeal. But even before she contracted Ebola she said she was working in the midst of chaos.

\"It attacks your organs,\" Writebol said.  \"It makes you very weak. There's nausea, there's diarrhea, nothing compares to what it's like and the feeling of having Ebola. High fever, shortness of breath, hard to breathe.

She said she understands why there was panic across the United States when people heard Ebola patients were coming back.

\"The fear was no different.  We saw the same reactions that we saw in Liberia,\" Writebol said.  \"We saw people that were afraid, people that didn't want to believe it was true. People that had irrational thinking because they really didn't know about the disease and how it could be handled properly because you can't see it. There was that great fear.\"

She and her husband are going back to Liberia again in mid-June. They want to continue to help in Liberia and pick up where they left off.