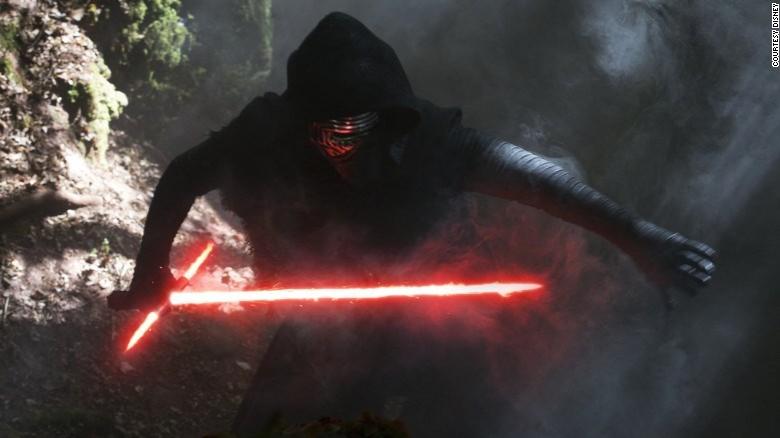 (CNN) How much do moviegoers love "Star Wars"?

A crowd watching "Star Wars: The Force Awakens" at a theater in Hollywood collectively pitched a fit Friday night when the projector stopped, then restarted 15 or 20 minutes ahead in the action, said Erik Melendez, who spoke to CNN and posted cell phone video of the moment on Facebook.

From the screams in the ArcLight Theater, you'd have thought the "Star Wars" franchise had been abandoned, not reborn.

Most people thought they were about to see the ending of the movie without preceding plot developments, Melendez said.

Some people in the audience yelled "No no no!" over and over.

"Now that we watched the movie, we know it wasn't the ending," Melendez said. "However, at the time, we thought it was because we saw the movie fast forwarded and believed it to be spoilers."

The movie is packing theaters across the nation and is heading toward a record-breaking weekend take of $220 million.