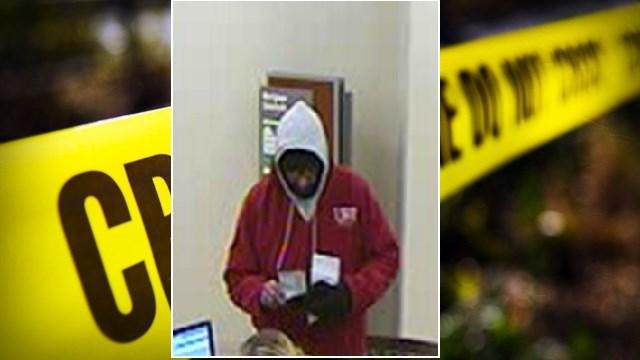 On Thursday March 24, 2016 at 3:38 PM, members of the Fond du Lac Police Department responded to Associated Bank located at 888 South Main Street in response to a complaint that a robbery had just occurred according a release from the Fond du Lac PD. Witnesses said the suspect walked into the bank, approached an employee and handed the employee a note demanding money.

Upon receiving the money, the suspect left the bank on foot. During the incident, the suspect made no threat of weapons nor was any weapon displayed.

No one was injured during the incident. The amount of money taken has not yet been determined.

The suspect was described as a white male in his early to mid 40s, between 6’1” and 6’2” in height with a thinner build. At the time of the incident, he was wearing heavy, dark framed glasses, a red “Coaches Corner” long-sleeved shirt with a gray hooded sweatshirt layered underneath. He was also wearing green or grey pants and tennis shoes. The suspect also wore a black colored, winter face mask with his face exposed and one black glove.

Anyone having information leading to the identity of the suspect or further information about the incident is encouraged to call the Fond du Lac Police Department at 920-322-3723.