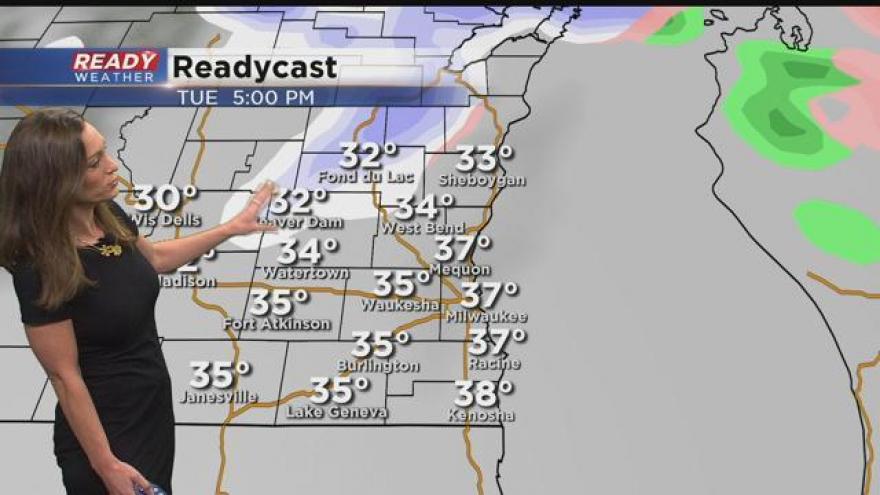 Early winter featured more of the precip you expect to find around these parts, but snow was seriously lacking in January. And while today is rainy and foggy it just feels like we've seen more of these type of weather days this season than usual. Or at least, more rain than snow days! So, I started digging through records to find some stats on how much cloud cover we average in winter, how many foggy days are normal and how many times we've had freezing rain concerns.

For starters, here's the rainfall from today: 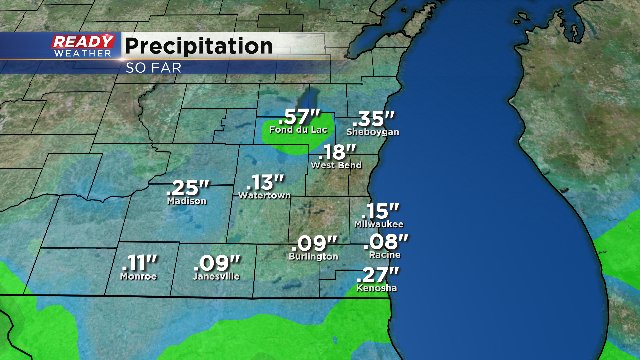 The rain is now over and the fog is lifting but the clouds remain, along with some mist. Although we didn't have freezing rain here in the city, northern spots may have found a few isolated patches of freezing rain this morning. Officially Milwaukee had four days this season with freezing rain.

Milwaukee is also one of the cloudier and foggier metropolitan areas in the U.S. Through the winter months of December, January and February, our city carries fifty-two days with a cloud filled sky. That means, fifty-eight percent of our winter is cloudy. Compare that to places you think of when you think about foggy spots, like Seattle, which averages seventy-eight percent cloud cover in winter.

In terms of fog, Milwaukee averages 142 foggy days per year. And looking back at our winter so far, it has been a hazy one! So far, thirty-six of sixty-nine days have reported fog. That's over half our winter so far!

Here's the breakdown of fog days each per month:

On average we see thirty five days with fog during winter. That means we've already satisfied the average and there's still three weeks to go!

At least conditions are improving this afternoon.

Here's the latest visibility as of 2pm: 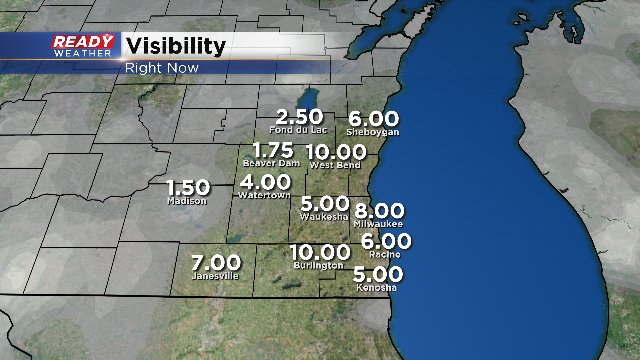 As this systems departs, the wind will turn west and pick up in speed. That should help clear out the sky as we head into what looks to be a chilly night!