Florida teacher explains why he drowned raccoons in front of students 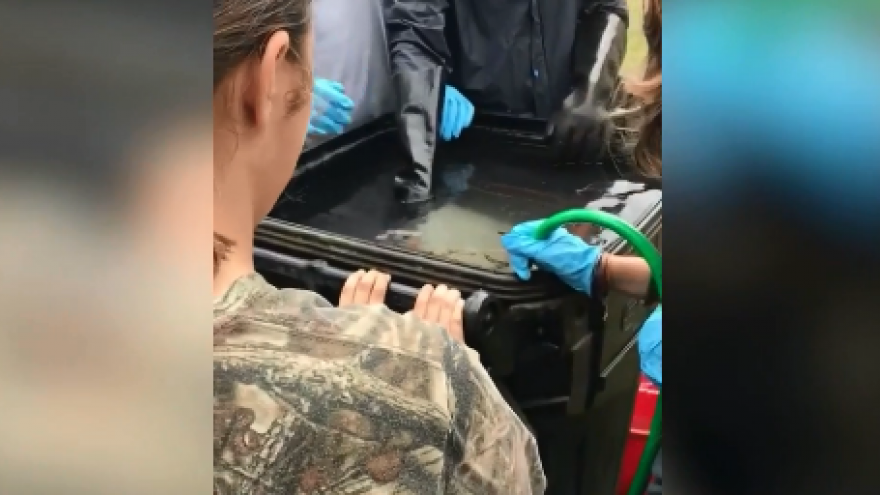 OCALA, Fla. (CBS NEWS) -- A Florida agricultural science teacher accused of drowning two raccoons and an opossum in front of students won't face criminal charges because investigators say the killings weren't cruel or inhumane. CBS affiliate WKMG-TV reports that Fifth Judicial Circuit State Attorney Brad King wrote in the memo that Forest High School agricultural science teacher Dewie Brewton did not "torment" the animals and was not unnecessarily cruel as he held the trapped raccoons in trash cans filled to the brim with water on May 15.

Brewton was removed from the classroom and later retired after videos of the animals being drowned were posted on social media.

Investigators said he told them that he suspected the animals were killing chickens his class was raising. Once trapped, he said he couldn't shoot them because guns aren't allowed on school property and bludgeoning them would be "too brutal and messy," WKMG reported.

The teacher "explained that the most humane way to dispose of these nuisance animals was to drown them. He was clear that he never intended to be cruel, or vicious, nor did he intend to torment or torture the animals," King wrote.

The Ocala Star-Banner reports that Assistant State Attorney Toby Hunt noted that a jury recently acquitted a man charged with animal cruelty after cutting off the tails of four kittens with rusty scissors.