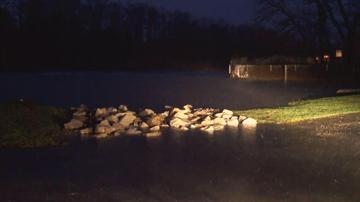 Of course that's raising some flooding concerns. A few years ago Village officials In Thiensville put some money into the infrastructure near the river to prevent flooding problems and so far, it's worked.

The first major sign of flooding there is at Village Park, but as of Sunday night, there was no flooding in the parking lot.