Update: Man dead after crash near Alois and State Street in Milwaukee 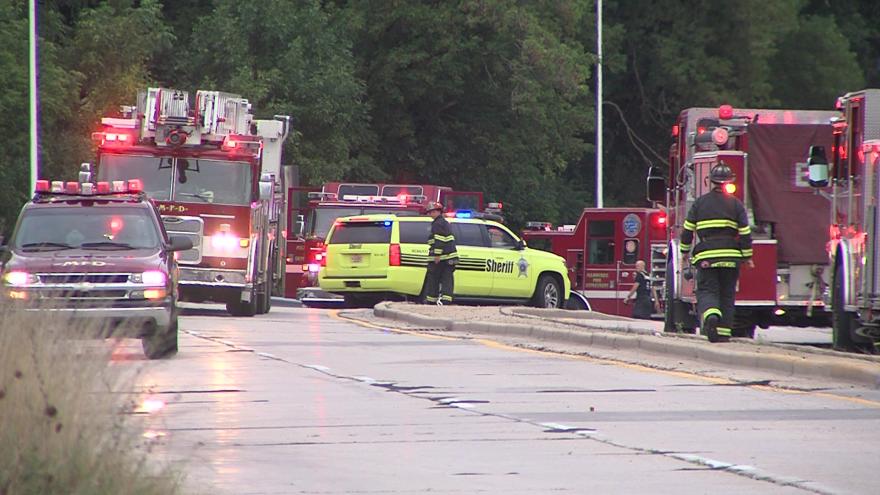 MILWAUKEE (CBS 58) -- Police say the victim, a 38-year-old man, died as a result of his injuries while being treated at a local hospital.

MILWAUKEE (CBS 58) -- One person has been taken to the hospital after a crash near Alois and State Street.

Milwaukee Battalion Chief Lipski says the vehicle left the road at a high rate of speed, rolled down a hill and became wedged between a tree stump and another tree, trapping the driver.

He said when the vehicle came to rest, the roof was about six feet off the ground. Crews had to secure the vehicle and use ladders to get the victim out of the car.

Chief Lipski said Flight for Life was initially called, but would have taken too long, so the victim was transported in a paramedic unit to a hospital.

No other occupants were in the car, and no injuries were reported to first responders.

MILWAUKEE (CBS 58) -- A Flight for Life helicopter was called to the scene of a crash near Alois and State Streets Tuesday afternoon.

The Milwaukee Fire Department confirmed to CBS 58 they responded to the scene.