Snow showers will continue to mix with light rain this evening.  Isolated heavy bursts of snow will remain possible throughout the rest of the evening.  No accumulation is expected on the roads, but drivers should be mindful of a quick reduction in visibility. 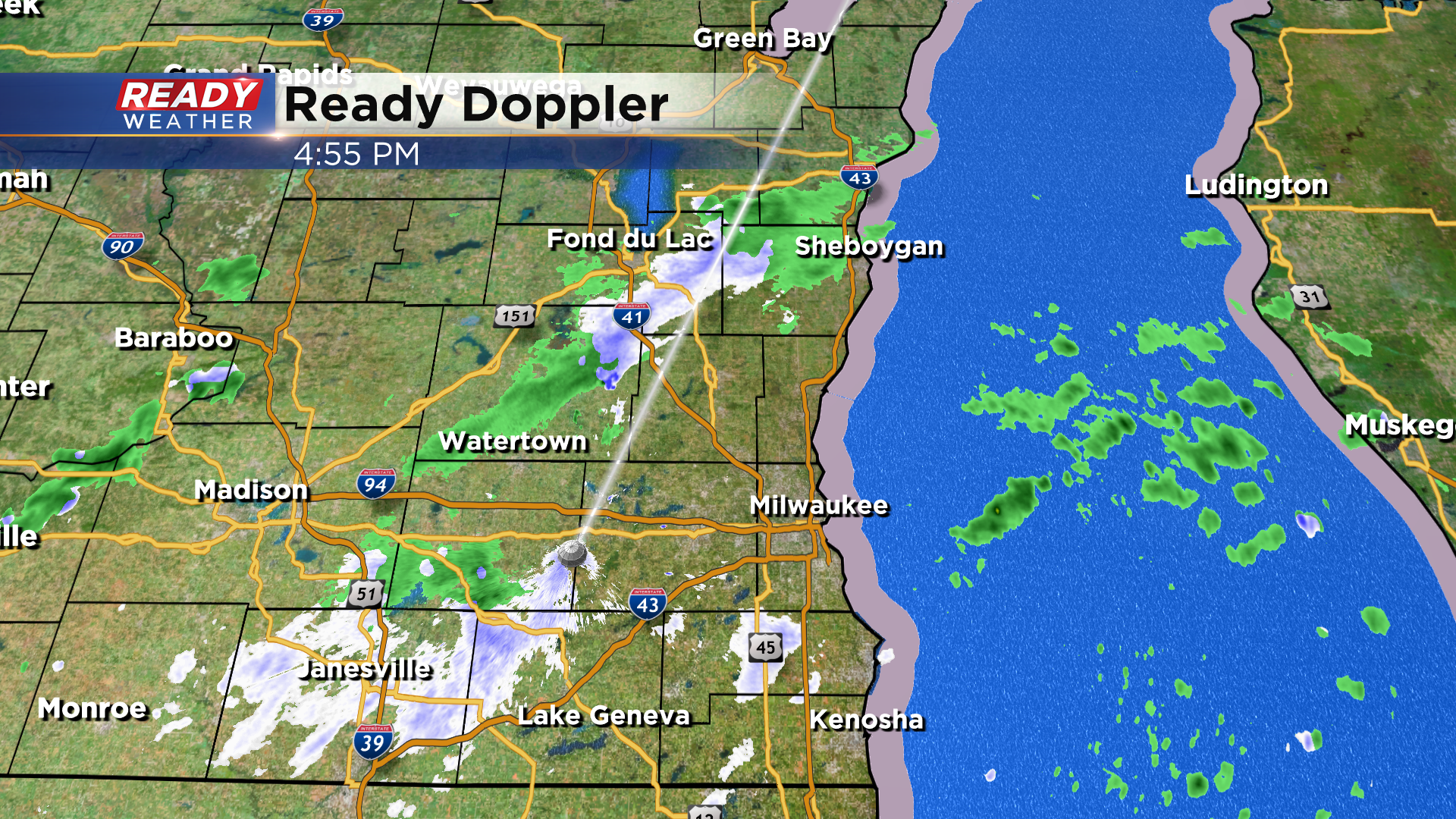 We do expect most of the snow showers to end by 8 pm.  Some flurries will be possible overnight. 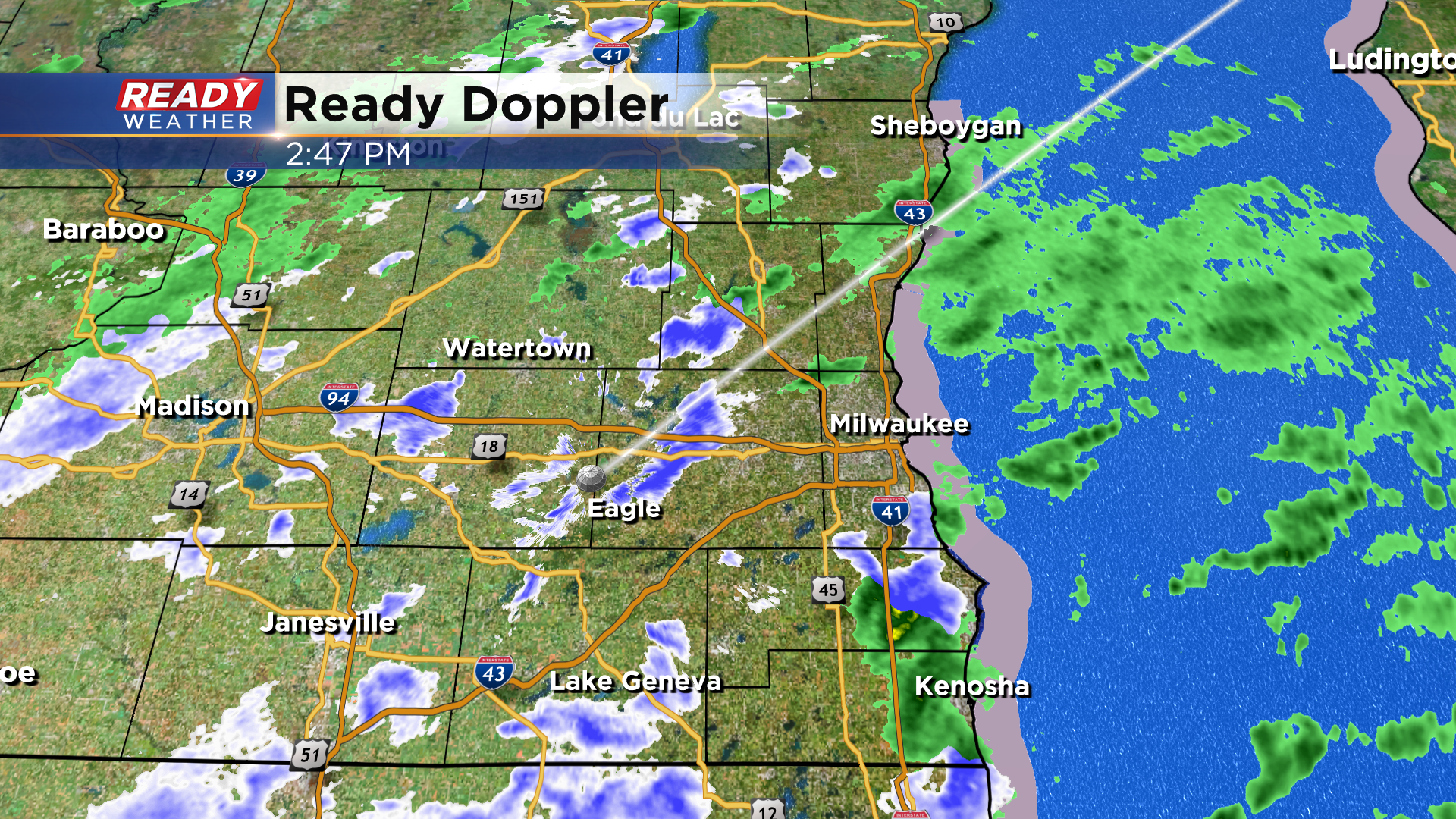 Snow showers will slowly wind down after 8 pm; however, some flurries remain possible overnight.  We are watching another system to arrive late Saturday to Sunday to bring another round of snow across the area.

Most of the shower activity this morning has been in the form of rain showers, but we're starting to see more snowflakes mix in as of midday. 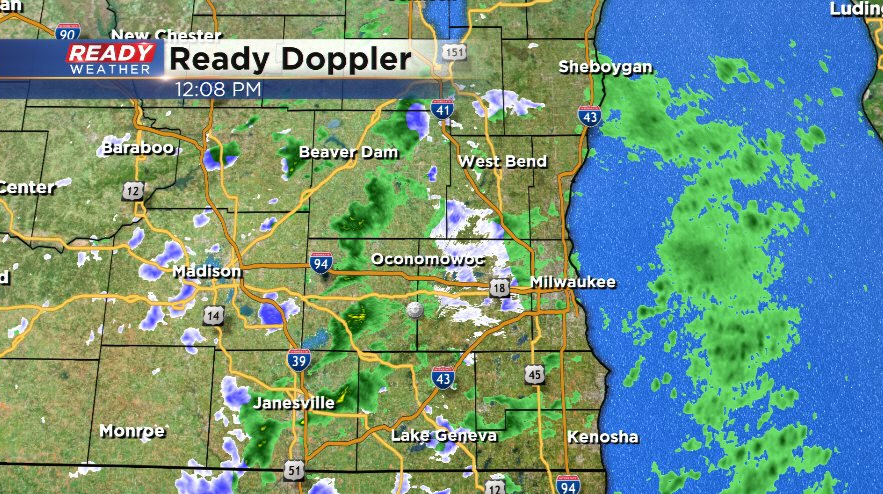 We're also starting to see more convective snow showers develop (dark purple). These are the type of snow showers that produce a quick burst of snow, locally reducing visibility to a mile or less. These will become more numerous throughout the afternoon. 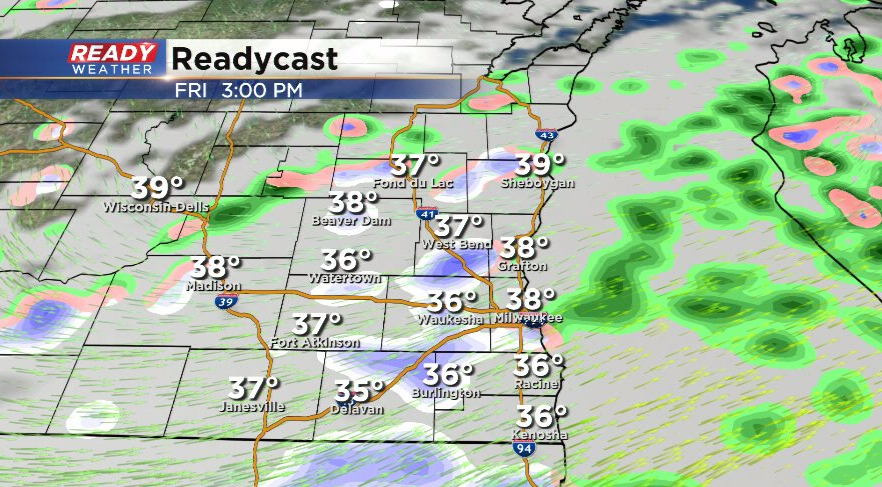 The rain, snow and rain/snow showers are continuing across southeast Wisconsin. Some of you have definitely reported seeing the first snowflakes of the season, but we haven't seen any bursts of snow yet. Those bursts of snow are definitely possible, especially around midday through the early afternoon. The bursts of snow could reduce visibility quickly and give us the best chance for a little snow accumulation, mainly on grass.

So far we've mainly seen light snow in southwest and south central Wisconsin but as soon as it hits our local area it starts to mix or switch over to just rain. The chance for showers will continue most of the day. Here's the radar image as of 9:10 AM. 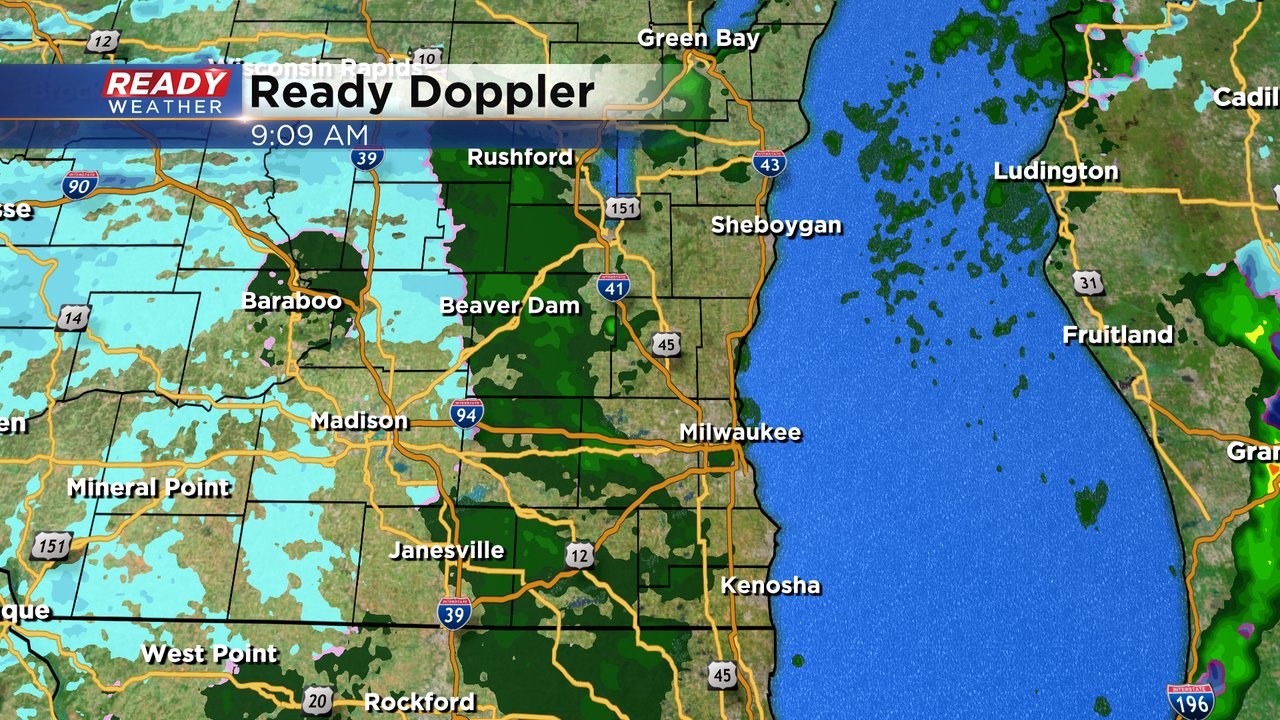 Besides the rain, snow and mix showers, we will also deal with a decent amount of wind today. Not as gusty as Thursday but gusts to 30 mph are still likely as the wind stays blustery all day. 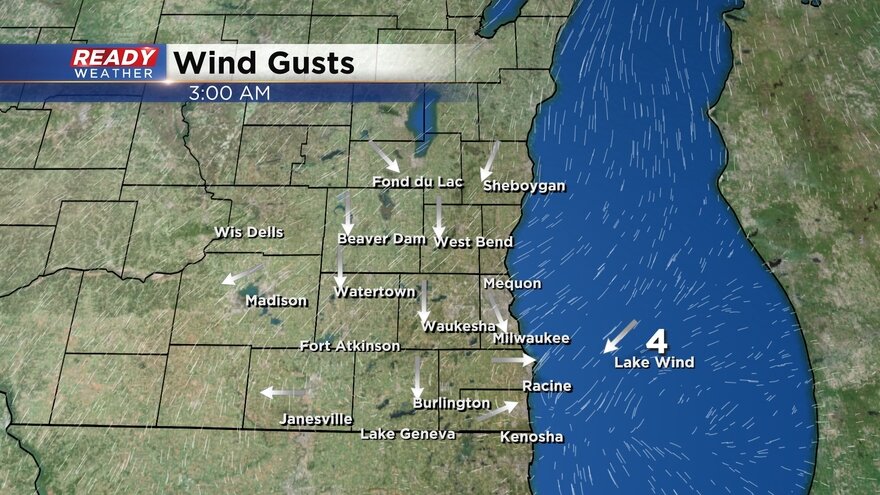 Our first snowflakes of the season are here! Some rain, mix and snow showers started rolling into southeast Wisconsin before midnight last night. The mix showers will continue off and on the entire day. A few locations are already reporting a few snowflakes which should stay light for much of the day. Here's the radar image as of 6:30 AM: 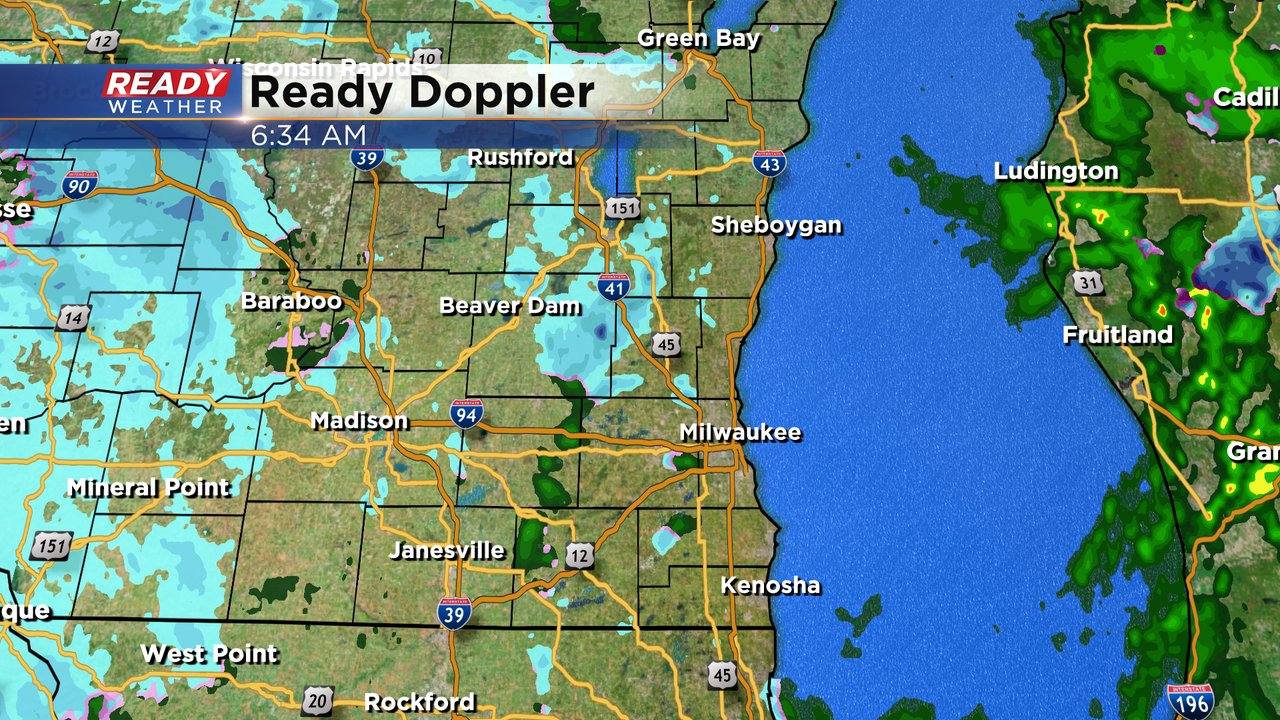 Some bursts of snow are definitely possible throughout the day. Those snow bursts will lead to reduced visibility so if you are driving expect rapidly changing visibility as the snow bursts move through. 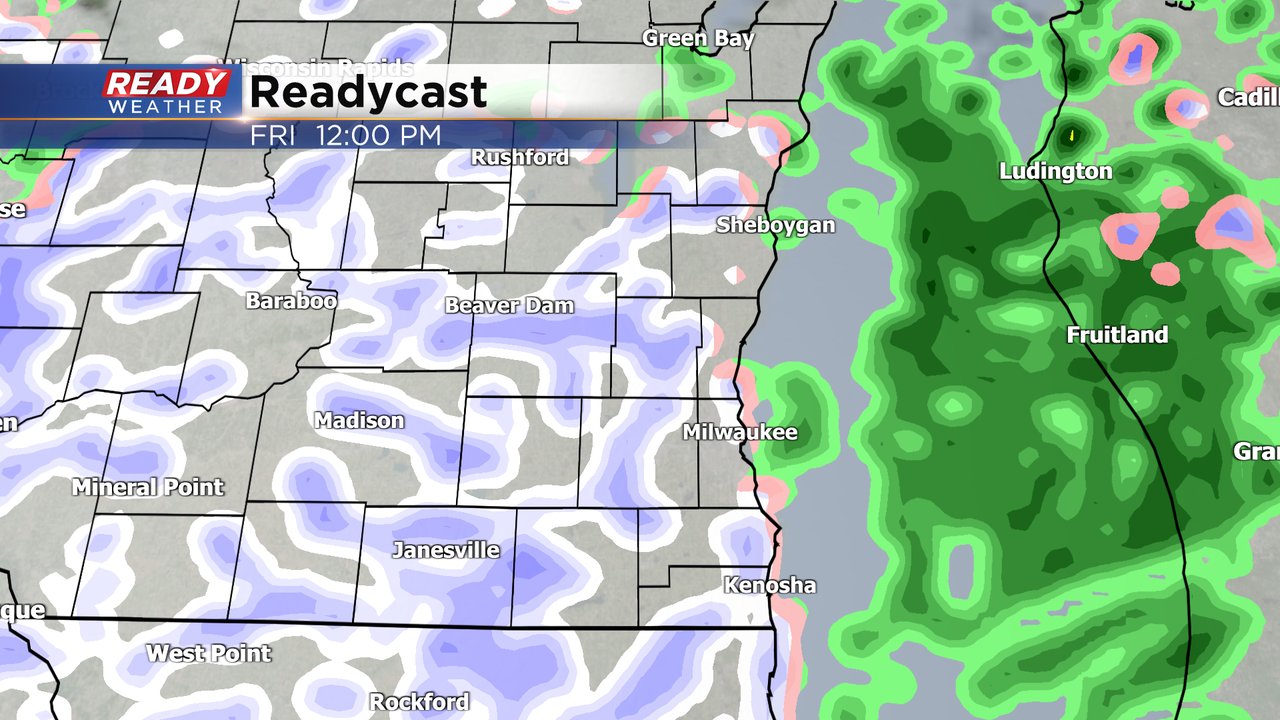 Those bursts of snow could also lead to a little slushy, wet accumulating snow at times, mainly on grassy surfaces. Slushy snow on the pavement can't be completely ruled out but it would take a very good burst of snow for that to happen. 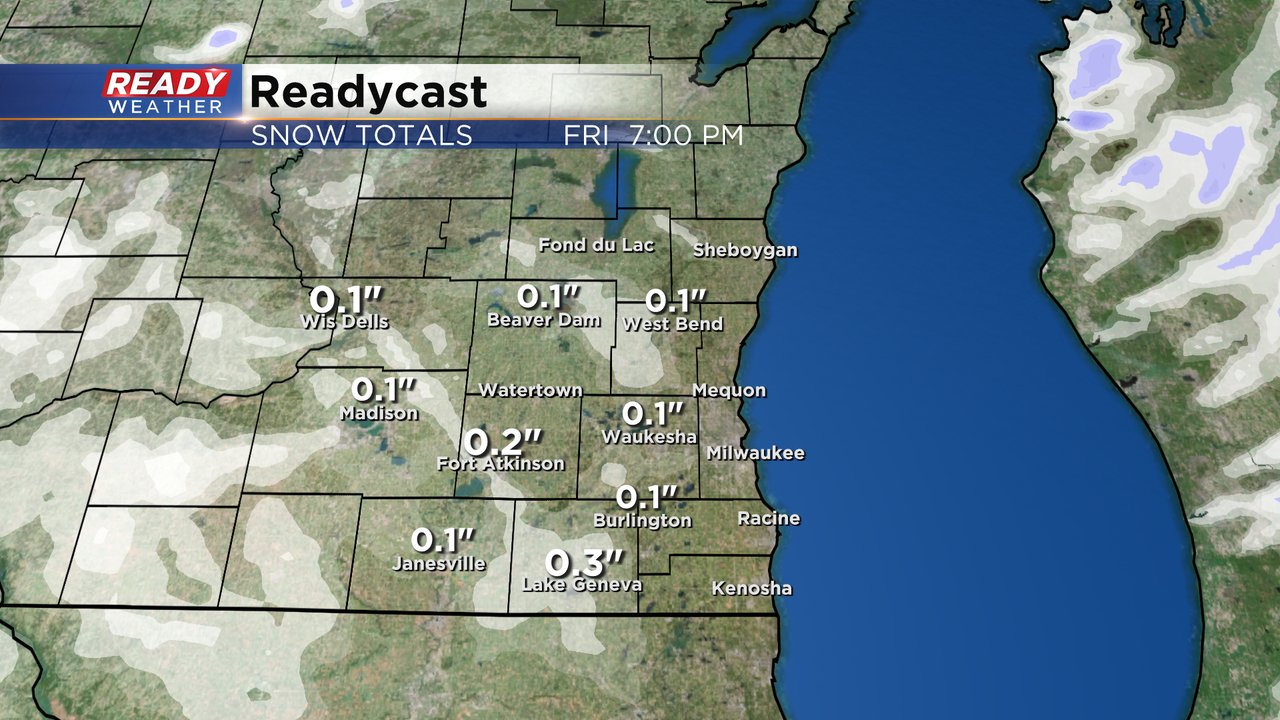 We're also still watching Sunday for another chance for mix or snow. Right now it looks like most of the precipitation will be snow, but some rain could mix in near the lakefront and near the Illinois border. Sunday's snow will mostly fall in the morning starting around midnight Saturday night through the early afternoon. There is a bit of a better chance to get some light accumulating snow, especially on grassy surfaces. 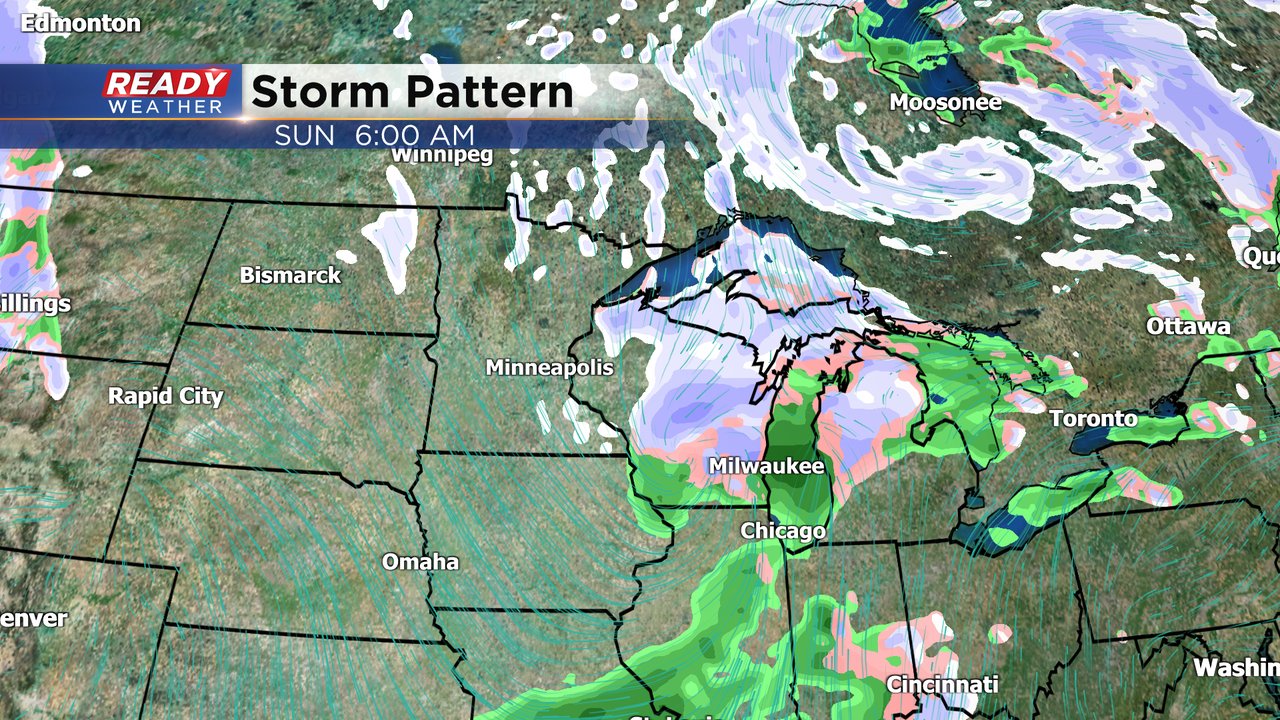 Download the CBS 58 Ready Weather app to track any of the rain and snow throughout Friday and looking ahead to what snow totals could look like for Sunday.