Firefighter grabbed, punched while helping patient at 60th and Capitol 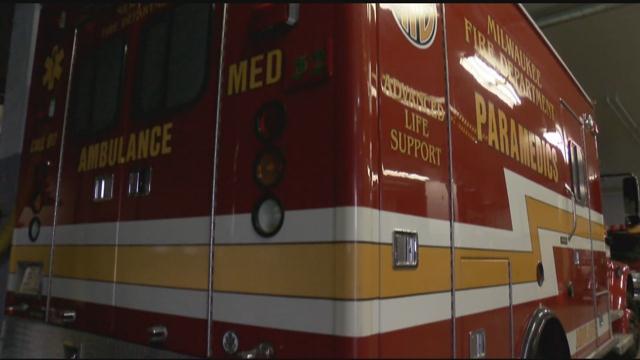 A Milwaukee firefighter is violently grabbed and hit in the face on the scene of an emergency.

It happened Saturday when someone at a vigil for a motorcycle victim needed medical attention.

Firefighters arrived at 60th and Capitol to treat the patient, but police said the crowd wouldn't back up to give crews room to work and people started yelling.

Officials said that's when someone grabbed a firefighter away from the patient and punched him in the face. The firefighter suffered minor injuries.

Deputy Chief Aaron Lipski said crews are trained to pick up and leave if a crowd turns on them. Luckily, police quickly arrived so they didn't have to, but Lipski said the disturbing violent attack is counter-productive.

\"It's very disconcerting to have somebody else put their hands on you especially when you're in the middle of a task of helping somebody else,\" he said. \"I guess I would say I'm proud of my members for not having reacted how the average human being would have reacted to that. That's due in large part to our training and experience.\"

The patient was taken by ambulance to the hospital.

A 26-year-old Milwaukee man was arrested for battery to a firefighter.