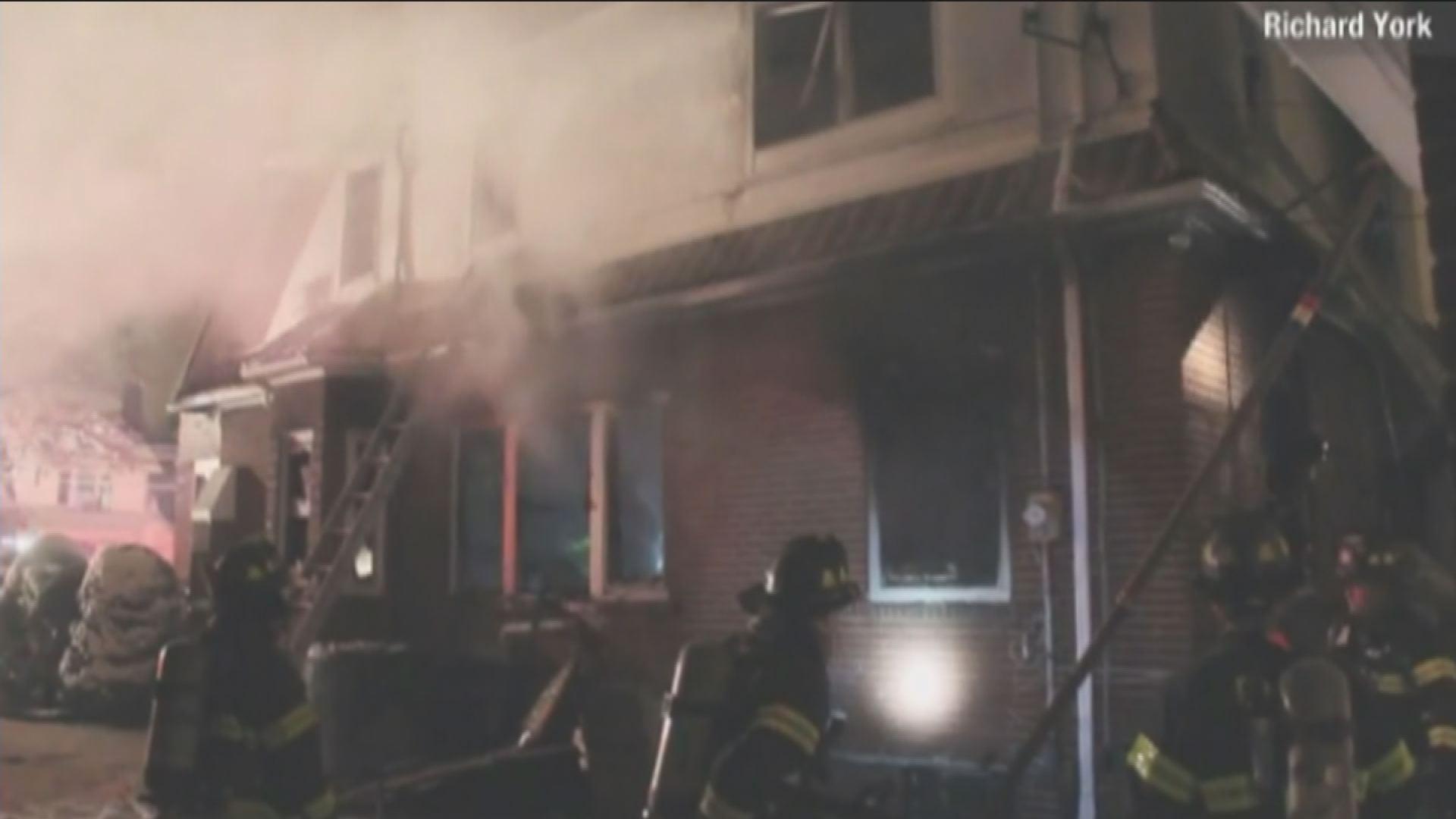 The four boys and three girls, siblings ranging in age from 5 to 15, were in upstairs bedrooms when the fire swept up from the first floor shortly after midnight in Brooklyn's south-central Midwood section, New York Fire Commissioner Daniel Nigro said.

The children's 45-year-old mother and one of her daughters -- a 14-year-old, police say -- also were upstairs but jumped out of windows to escape; they were in critical condition at a hospital, being treated for burns and smoke inhalation, Nigro said.

The children's father apparently was away for a conference, and authorities were having trouble contacting him, Nigro said.

The family apparently had been trying to keep food warm with a \"hot plate\" device, and an unspecified malfunction happened, Nigro said.

Nigro was asked why food was being warmed overnight.

\"I believe it's the Sabbath, and people keep food warm that way. They don't have to operate a stove,\" Nigro answered.

More than 100 firefighters went to the house in the snowy neighborhood, located about three blocks south of Brooklyn College, after the fire was reported at 12:23 a.m., CNN affiliate NY1 reported.

Smoke detector in basement, but none found above

Firefighters found no evidence of smoke detectors in the first and second floors, according to Nigro. There was a smoke detector in the basement, but Nigro didn't say whether it had activated.

The mom and her eight children were in at least five upstairs bedrooms when the fire started in the kitchen below, Nigro said.

A reporter asked why the mother and one of her daughters were able to escape, while seven of her other children did not. He noted, to start with, that the mom and the teenage daughter were among the oldest in the house.

But their location -- toward the front of the house -- also might have helped. The fire department said the fire was largely in the rear.

Firefighters arrived to find the mom and the 14-year-old already out of the house. After extinguishing the flames on the first floor, they rushed upstairs to find the seven remaining children in bedrooms.

\"To find a house full of children that can't be revived, I'm sure this will take its toll on our members for quite some time,\" Nigro said.

Authorities didn't immediately release their names, saying relatives still needed to be told of their deaths.