Fire in Merrill Park Being Looked at As Possibly Arson 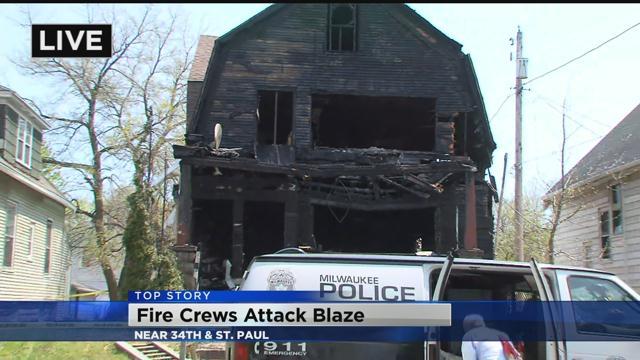 A home in the Merrill park neighborhood now a total loss with the flames out, firefighters are now looking into arson.

The Fire department says when they arrived the fire was so hot firefighters couldn't stand in the middle of the street.

But they kept the fire from spreading and neighbors are allowed to go back into their homes.

Upon arriving, the department got reports people were inside the burning home But after sweeping the house twice... Firefighters found no one.

He said falsely, multiple people were inside. He also tried to go in the burning building, and put objects inside the fire hose to obstruct the water.

"I can not stress enough to anybody watching. We do not need anybody interfering with our firefighting  operations. When the fire department arrived on scene please allow us to do what we do," said Deputy Chief Aaron Lipski.

Milwaukee fire says that man was taken into custody after interfering.

They said the fire was very suspicious and they're looking into what or who started the fire.