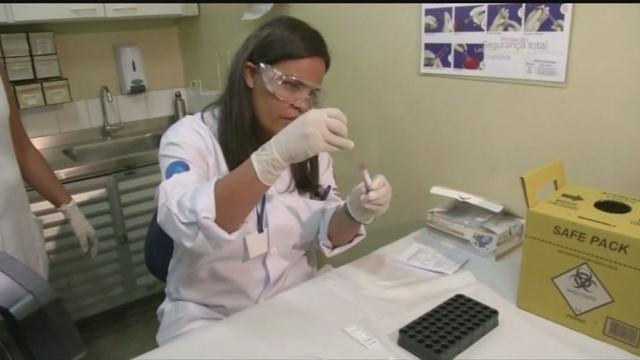 Multiple myeloma is a type of blood cancer, but most often it is undetected by patients.

It's a cancer that starts in your blood's infection-fighting plasma cells, which are normally found in bone marrow.

When plasma cells become cancerous, they can rapidly multiply, forming tumors in bones and causing bones to weaken.

Multiple myeloma is the second most common blood cancer, after leukemia and lymphoma.

It affects about in out of every 143 people in the U.S. in their lifetime, according to the American Cancer Society.

This year ACS anticipates about 30,000 new cases in the U.S., with men having a slightly higher number of cases than women (nearly 60% of cases are expected to be men)

In early stages, the disease doesn't present any symptoms, making it challenging to diagnose.

Symptoms may include bone pain and constipation, a loss of appetite, weakness and feeling faint.

Normally these symptoms will build over time and if you have any you should see your doctor as soon as possible to have blood drawn.

Researchers believe that multiple myeloma is most likely the result of many risk factors acting together.

There are, however, some factors that may be associated with an increased risk include genetic factors, prevalence of MGUS, occupational exposure, age, race, and gender.

Unfortunately there is no complete cure for the disease, but with treatment, people can return to a near normal life.

Treatment options can include chemotherapy or radiation, depending on the individual case.

In some instances, bone marrow or stem cell transplants might be an option. And in some other instances, surveillance may be recommended to just monitor the condition if the cancer is a very developing cancer.

Each individual case is unique and it's important for people to find a cancer care team that can meet their specific need.

Dr. Fred Sanchez of Aurora Health Care was a special live guest on the CBS 58 News at 4 to talk about it. His interview is attached to this story.