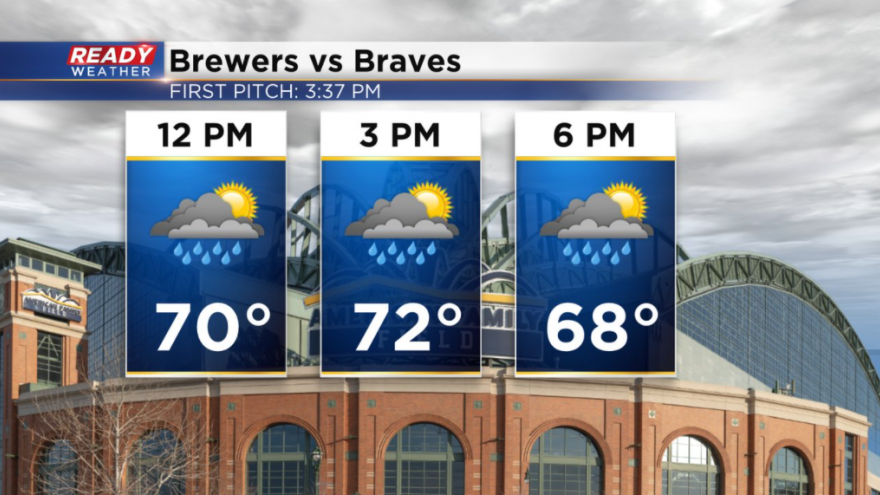 Welcome to gameday! The playoffs are here for the Milwaukee Brewers as they take on the Atlanta Braves in the NLDS. Early Friday morning we saw a round of steady rain and thunderstorms roll across southeast Wisconsin adding to our rain totals from Thursday with many locations getting over 1" of rain. The spots that saw the most rain are the ones that need it the most in severe and extreme drought conditions. 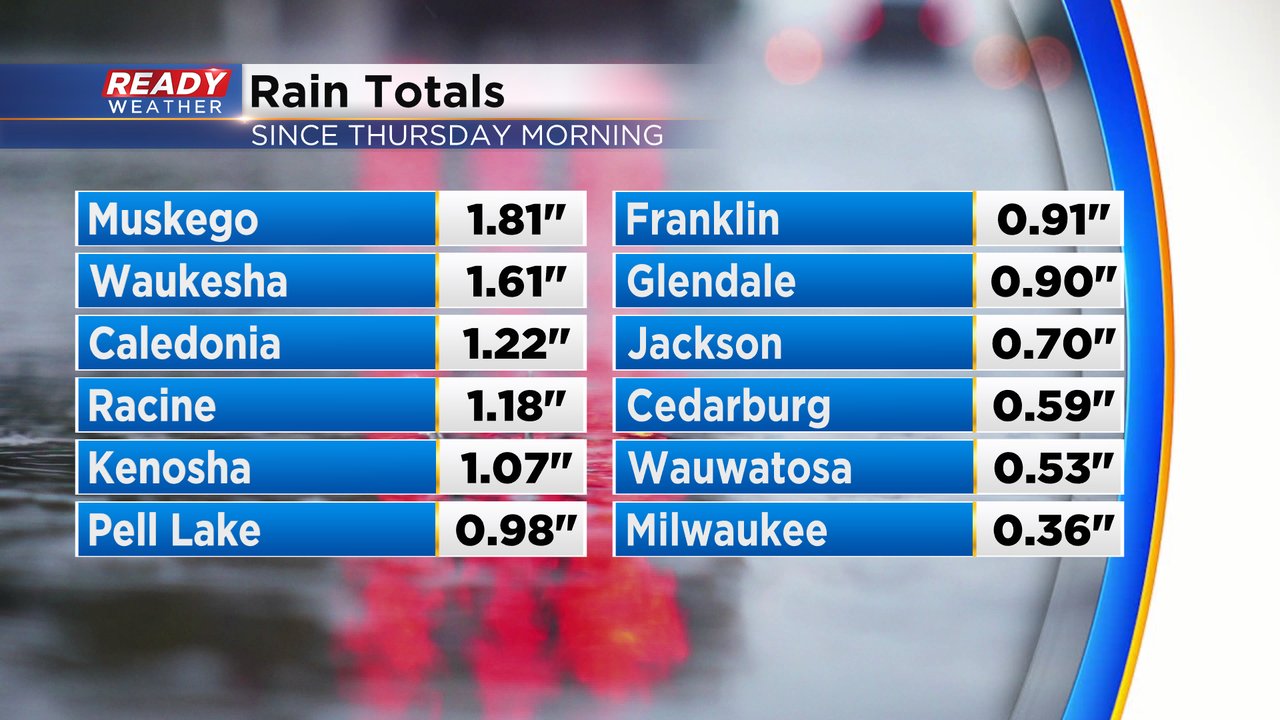 As you're waiting in your car for the American Family Field parking lots to open and starting to tailgate there is definitely a chance for a few showers as well as some lingering fog from the morning hours. An isolated storm is still not out of the question. Grab the umbrellas and the pop up canopy but that's why we have the roof so no concerns during the game! 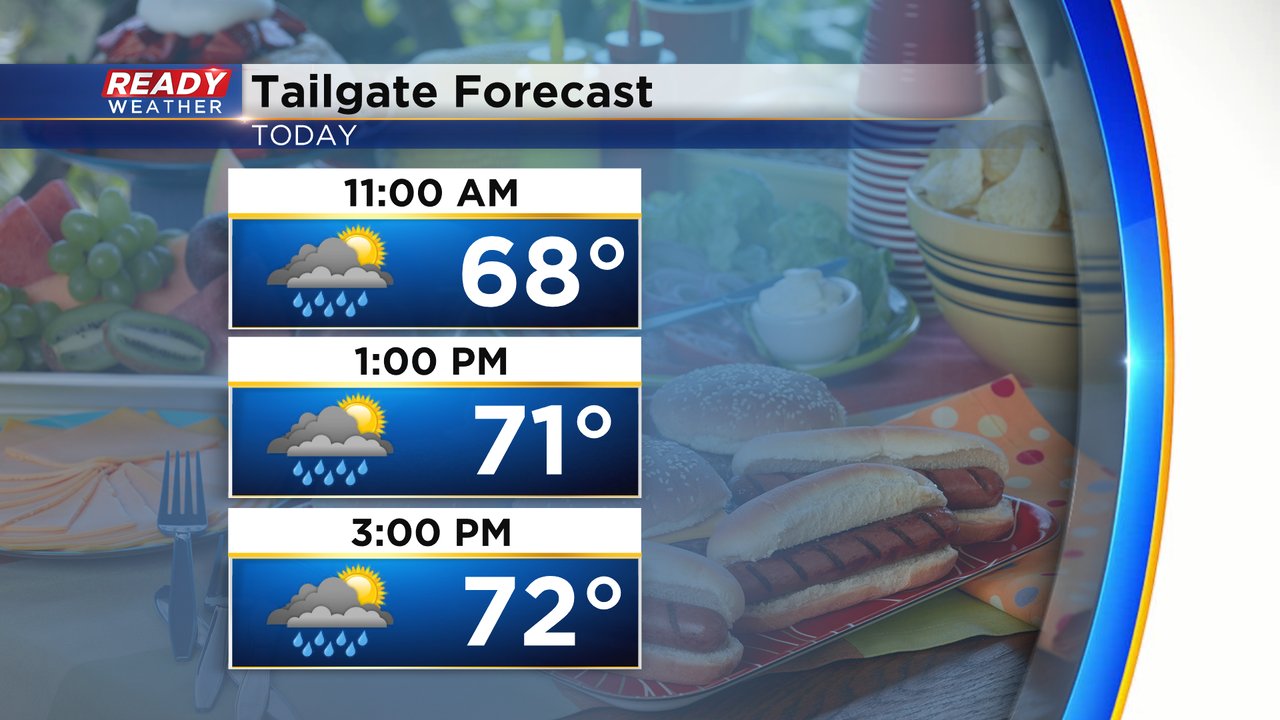 As we approach first pitch the temperature should be in the low 70s. A few scattered showers are still possible during the game and even as you're heading home. We will keep in the rain chance through about 10 PM Friday evening before drying out for Game 2 of the NLDS on Saturday. 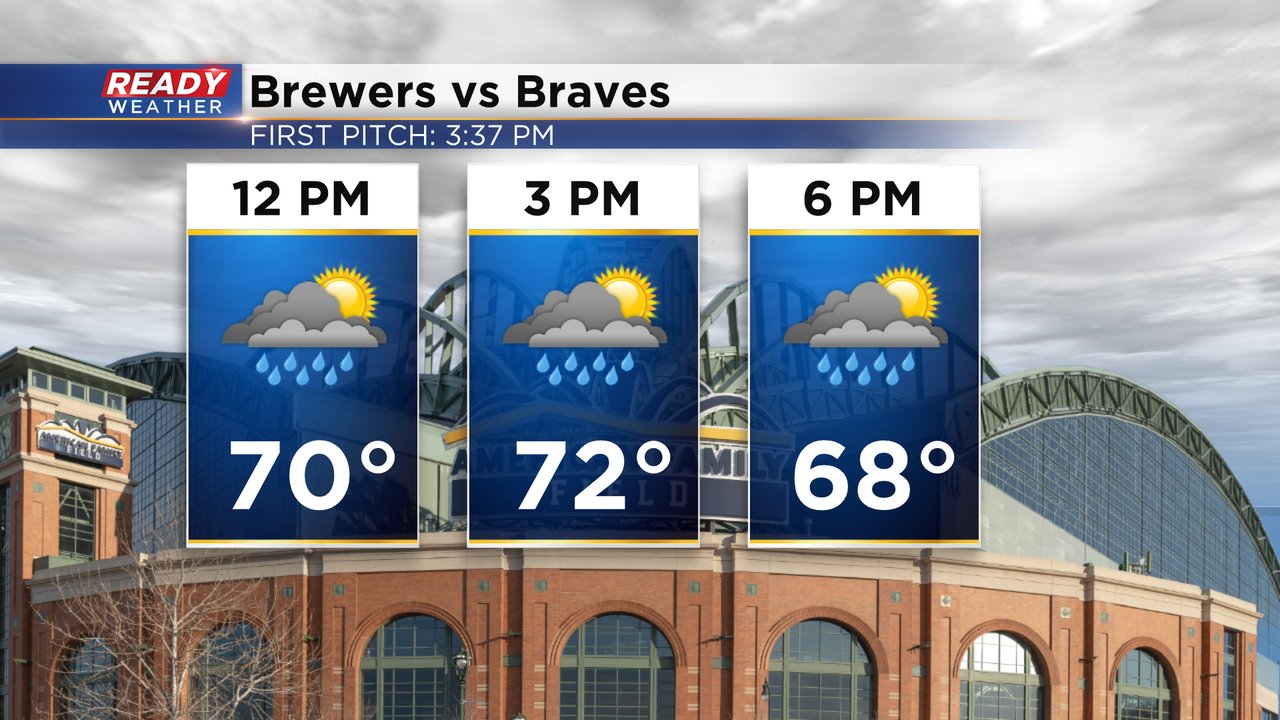 Any showers we get throughout Friday should stay on the lighter side with rain totals between 0.10-0.25" for most. Adding to the rainfall numbers from Thursday morning it could push some areas over 2". 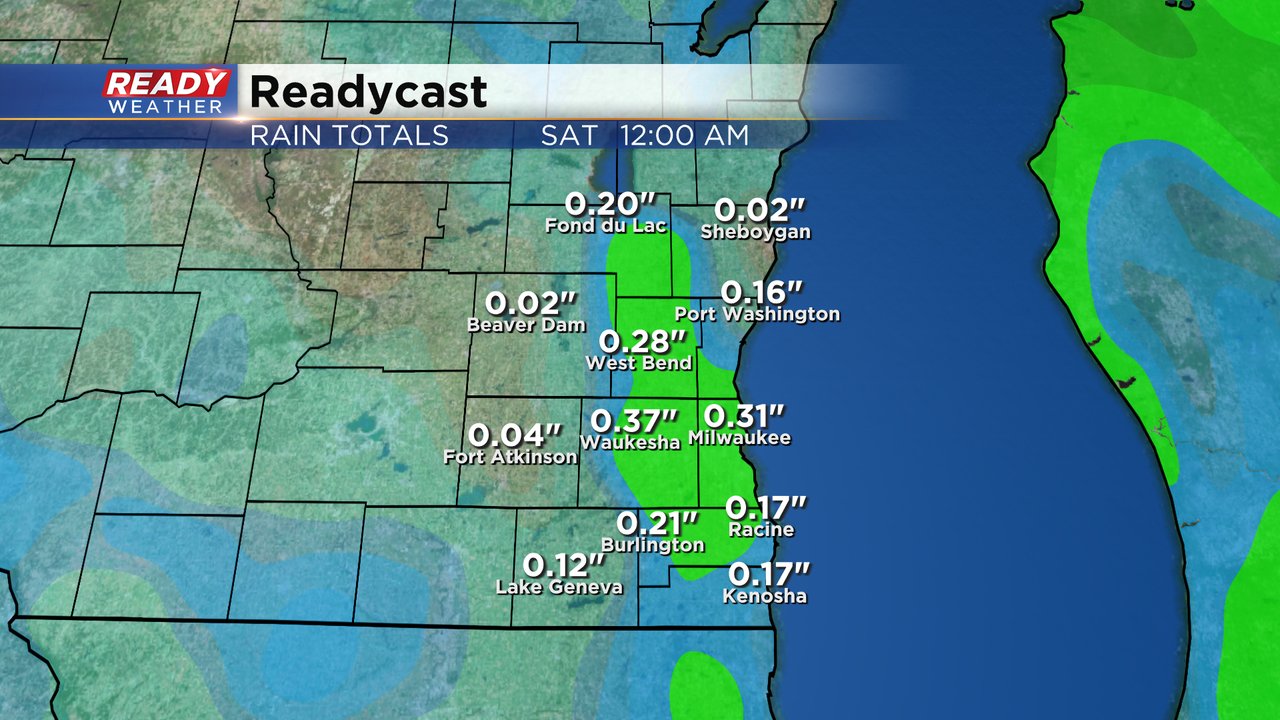 With first pitch temps in the 70s expected for Games 1 and 2 it's well above-average for this time of year. Looking at history, they will be some of the warmest playoff home games for the Brewers. Right now the warmest game was game 5 of the 2011 NLDS with a temp of 80*. Friday will probably be the fourth warmest home playoff game but Saturday could rival 2011 and 2018 for second or third warmest. The most important fact? The Brewers have never lost a home playoff game when the temperature is over 70*. The weather is in our favor! 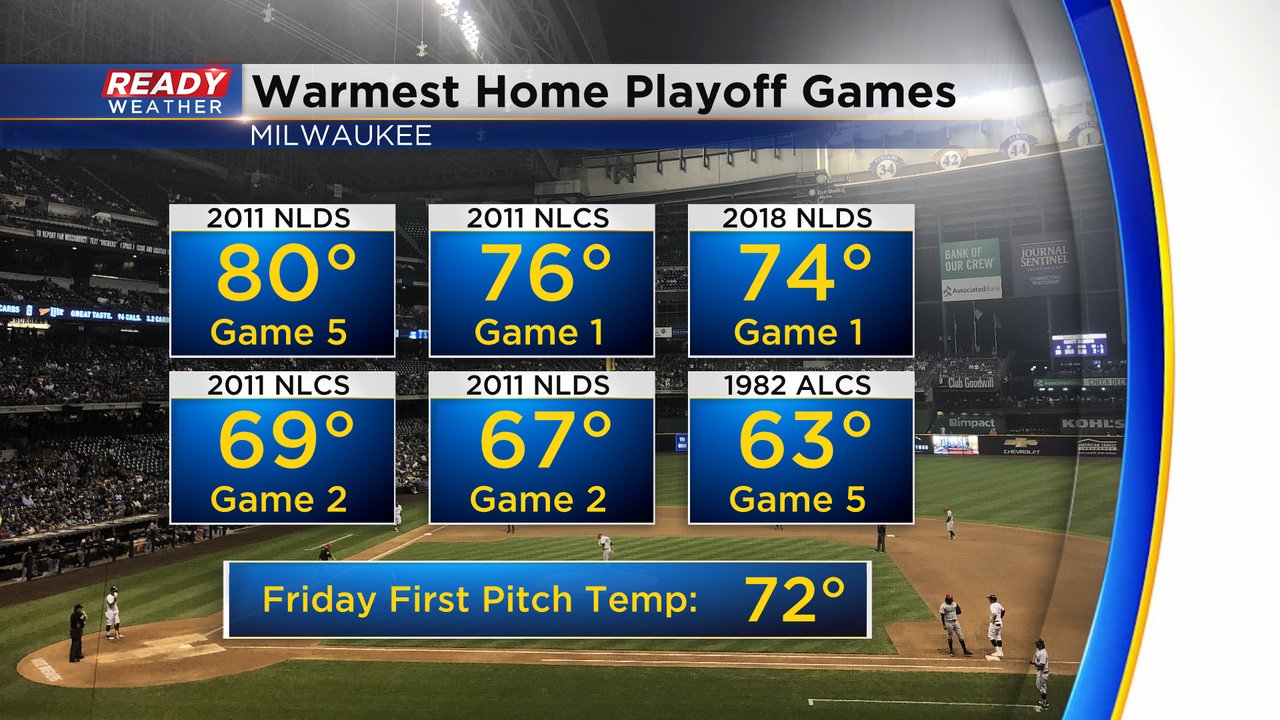 Download the CBS 58 Ready Weather app to track any showers for Friday.