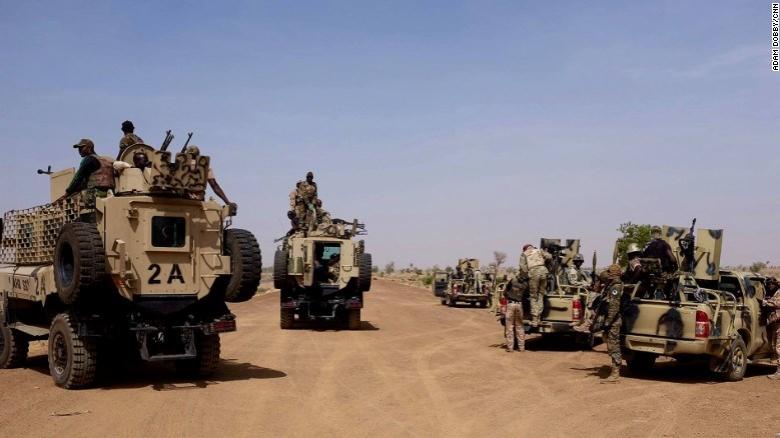 (CNN) -- Twin bomb blasts killed at least 30 people at a local market in Madagali, Nigeria, on Friday in an apparent suicide attack carried out by two females, according to military spokesman Maj. Badare Akintoye.

"The military are in full control of the security situation in the area so there is no security threat," said Akintoye.

Madagali is located on the border with Borno state, the birthplace of the militant group Boko Haram, and has incurred many attacks and abductions since the military retook the area from the militants in 2015.

The attacks have prevented residents from resuming normal commercial and social activities in the area, locals said.

Local leaders have called on Nigeria's government to deploy soldiers to villages and bushes connecting the area with Sambisa Forest, where Boko Haram militants are believed to have set up camps.