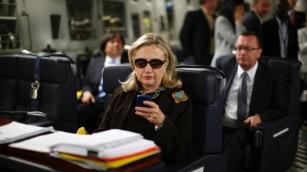 (CNN) FBI Director James Comey said Friday the bureau is reviewing new emails related to Hillary Clinton's time as secretary of state, according to a letter sent to eight congressional committee chairmen, a surprise development with 11 days until the election.

After recommending this year that the Department of Justice not press charges against the Secretary of State, Comey said in the letter that "recent developments" urged him to take another look.

"In connection with an unrelated case, the FBI has learned of the existence of emails that appear pertinent to the investigation," Comey wrote the chairmen. "I am writing to inform you that the investigative team briefed me on this yesterday, and I agreed that the FBI should take appropriate investigative steps designed to allow investigators to review these emails to determine whether they contain classified information, as well as to assess their importance to our investigation."

Speaker of the House, Paul Ryan released the following statement calling for a suspension of classified briefings for Secretary Clinton:

“Yet again, Hillary Clinton has nobody but herself to blame. She was entrusted with some of our nation’s most important secrets, and she betrayed that trust by carelessly mishandling highly classified information. This decision, long overdue, is the result of her reckless use of a private email server, and her refusal to be forthcoming with federal investigators. I renew my call for the Director of National Intelligence to suspend all classified briefings for Secretary Clinton until this matter is fully resolved.”

Clinton campaign chair John Podesta released a statement that said in part, "Director Comey's letter refers to emails that have come to light in an unrelated case, but we have no idea what those emails are and the Director himself notes they may not even be significant. It is extraordinary that we would see something like this just 11 days out from a presidential election. The Director owes it to the American people to immediately provide the full details of what he is now examining. We are confident this will not produce any conclusions different from the one the FBI reached in July."