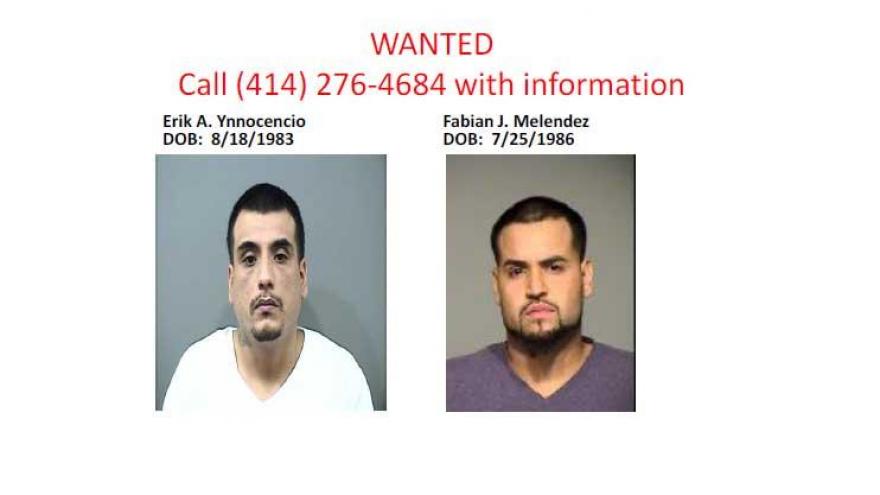 The FBI is still seeking information for two fugitives who are suspected to have strong ties to the Maniac Latin Disciples.

FBI arrested 22 members and associates of the Maniac Latin Disciples gang on federal and state charges ranging from narcotics trafficking to armed robbery.

Please contact the FBI Milwaukee Division if you have information regarding their whereabouts (414) 276-4684.

According to the FBI, the Maniac Latin Disciples operated a criminal enterprise that profited from drug trafficking and armed robberies and employing violence through multiple shootings.

Dozens of law enforcement agents participated in the operation.

FBO seized vehicles, weapons, body armor, ammunition, more than 40-pounds of marijuana and cocaine. In addition, over $80,000 in cash was seized from 20 different locations in Southeastern Wisconsin and Northern Illinois.

"We've arrested a good portion of the gang," Special Agent Justin Tolomeo tells CBS 58 News. "Obviously there are still aspects of the investigation which are on going. So, we will continue to target. But,  I can say with a certainty that we took out the leadership and the greater chunk of the gang membership in the area."

Below are the names and information of alleged MLD members arrested in today’s operation: