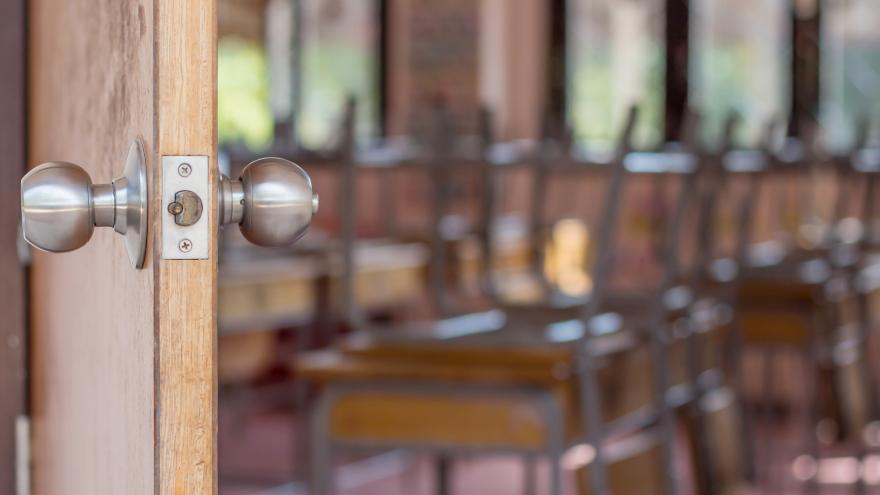 KENOSHA (CBS 58) -- Christopher Smith said he was home sleeping Friday after working third shift, when he got a text from his daughter, a senior at Indian Trail High School and Academy.

"She’s like we’re on lock down right now," he said.

He said they exchanged a few more texts as he was asking for more details.

He started texting her things like, "If it's real, you have to decide if you will hide or fight. If you fight, get everyone to help."

"What I was doing was giving her clear advice, act like this is real because then you’re protected if it is and then if it’s not, you just pick up the room, it’s no big deal," said Smith.

Amber said after hearing the lockdown alarm, students started huddling in the back of a classroom.

"I felt more confused anything, than scared," she said.

Not knowing if it was a drill or real, she said students had different reactions.

"They all thought it was a drill so they were doing whatever, some people were actually freaking out a lot," said Smith.

She said some students also heard a loud noise, and thought it was a gun shot.

"Both of my friends that were with me they were just bawling their eyes out," she said.

A spokesperson for Kenosha Unified School District said it was due to a faulty sensor and that a call went out to families at 1:03 p.m. on Friday. Information was also shared on social media, stating that a gunshot detection alarm was falsely activated.

"I never got a phone call," said Smith.

Smith said he only got an email, and he's disappointed with the school's response.

"To say it nicely, I was definitely very unhappy with the way it went down because a faulty alarm happens, that’s no big deal," he said.

"Like any machine has wearable parts and wearable parts go bad, right? I get that. What I didn't appreciate, though, was again, there was no personalized phone call, there was no 'Hey this happened,' there was no the kids getting pulled in and chatted with like 'Hey, let’s all go into the auditorium and talk about what happened and try to quell the panic.' To me it was kind of like no big deal. To me, that's not a no big deal situation."