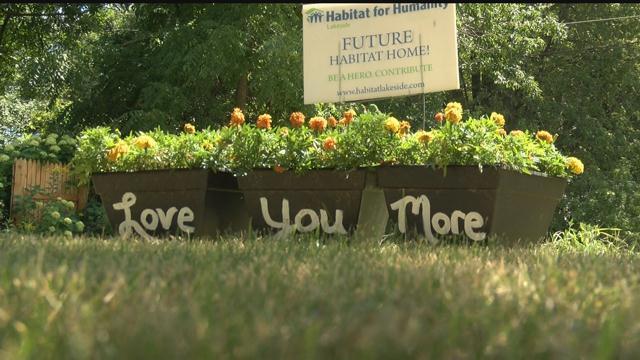 Habitat for Humanity Lakeside is accepting applications for a family in need of a home in Sheboygan Falls. The land was donated by the Maki family who lost their three children in January to a house fire.

The damaged home was torn down and the lot was donated to the organization.

“What came to mind was their spirit and all that tragedy that they can see the blessing, the blessings that the community gave to them and recognized that and paid it forward," said Jon Hoffman, executive director for Habitat for Humanity Lakeside.

In January, Natalie, 11, Ben, 10 and Carter, 7 died tragically in a fire at the home on Bemis Street and Western Avenue. One child was able to escape.

Hoffman said the family received an outpour of support and they are very involved in the community.

"There was a great deal of emotion when the papers were signed and the land was donated just because we are in awe, humbled and honored to be the stewards of this donation," Hoffman said.

"Their new house is like three or four blocks from here, so they’ll drive by here every day,” he said. “They are really looking forward to children playing in the yard again."

The chosen family will put in at least 500 hours of work, 250 hours per adult. Once it’s done, it will be a zero interest mortgage home.

The house is expected to be built during summer 2017.