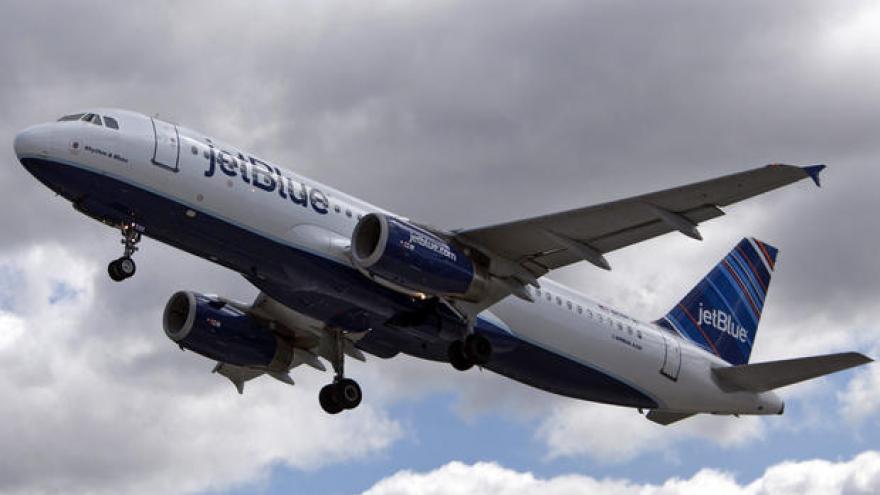 FORT LAUDERDALE (CBSMiami) — “I’m not getting off the plane, I have three kids,” Mandy Ifrah told a JetBlue supervisor during a heated discussion captured on cell phone video on board a JetBlue flight still on the ground.

It happened at Fort Lauderdale-Hollywood International Airport on June 21st on a New York bound flight.

The trouble began when Mandy said her one-year-old daughter was kicking the seat in front of her while the flight was delayed.

“She was overtired, cranky, she was hitting the passenger’s seat that was in front of us,” she said.

Mandy said the passenger in front moved to an empty seat and she thought it was over — then suddenly the plane was brought back to the gate and the supervisor boarded. Mandy said she had no idea it was because of her.

“Did anything happen? Honestly, did anything physical happen? This is ridiculous,” Mandy told the supervisor in a video provided by the family’s attorney.

“If you come out with me we can discuss it,” explained JetBlue supervisor Armando Gonzalez.

When Mandy, her husband, and three kids did not leave the plane, all the passengers had to deplane and the argument continued inside the airport.

“Why? Why?” Mandy and her husband asked. “I want a reason. We have a right to know why.”

“Because you were not cooperating,” said Gonzalez.

“What didn’t we cooperate with?” Mandy asked.

“Remember when I asked you kindly to come out with me,” responded Gonzalez.

Her husband cut him off saying, “That wasn’t an excuse to leave!”

Mandy did not get an answer until JetBlue put out a statement saying, in part, there was “…a verbal altercation that included physical threats and profanities against a nearby customer…”

“None of that happened,” Mandy told CBS4’s Ted Scouten in a Skype interview from her New York home. “It’s all lies and I wouldn’t talk like that in front of my kids.”

BSO eventually escorted Mandy and her family from the gate and JetBlue refunded their money and said in a statement, “The customers were not removed due to the actions of their children.”

Mandy was hoping for an apology. Now her attorney said that may not be enough. “There may be an action now being investigated for intentional infliction of emotional distress, defamation, either libel or slander or both, as well as the breach of contract,” said attorney David Templer.