Family Demands Justice in Double Homicide in Milwaukee, Bodies Found in an Alley 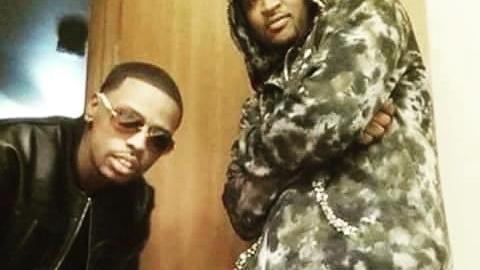 Milwaukee police release the identities of the men who were found dead in an alley on Saturday (June 4) on 21st and Atkinson.

The victims are Diamond Webb and Westley Thaddeus Barksdale, known as Thadd. One of their bodies was discovered in a trash bin by a neighbor and the other body was found nearby. There was also a red car parked close by, according to neighbors.

Both men were 31 years old and were best friends.

The family hard time talking and some even broke down.

“Shocking is not the word,” Frank McGowan, Thadd’s father said. “We can't sleep, we can't eat, it's so sudden and the way it was done. It was disrespected for human life.”

However, they were strong because they want those responsible for killing their loved ones to be caught.

“Both of our families are very hurt,” said Tamika Moore, Thadd’s sister. “We are bad right now. We really need somebody who knows anything, what happened to my brothers to come through, just say what you know so we can closure, they didn't deserve that.”

“Please I want someone to find out what happened to my son,” Jane Webb said.

Police are still looking for suspects and a motive.

A GoFundMe page has been setup for Webb and Barksdale. Here is the link: https://www.gofundme.com/286bw9j4