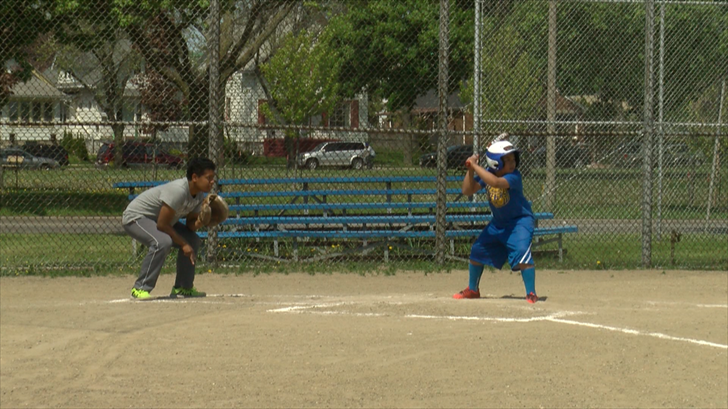 Angie Kondell says she bought a home next to this baseball field so her son could play the game he loves every day, but recently, a couple of thieves took that from him.

"He's in his 4th year of baseball, and baseball really calms him down," said Kondell.

Kondell says baseball is the only outlet for her son Erik. She says he has special needs with behavioral issues.

"I noticed that my glove box was open, and the wet wipes were sitting on seat, and the visor was down... and I looked in the back seat and my son's baseball equipment was gone," said Kondell.

The story does have a happy ending. Kondell put a post on Facebook and her neighbors immediately donated equipment for Erik.

Erik played a pick-up game with friends from his neighborhood on Sunday. He used his new gloves, bat and balls donated from a Milwaukee man. Both Erik and his mother thank Robert, who donated the equipment.

"So many people stepped up to help and donate things to my baby, and I'm so grateful," said Kondell.

"He's so kind because it's new, and also I got this glove. This glove, it perfectly fits me," said Gonzalez.

Kondell says she reported the theft to the police, but hasn't yet heard from them.