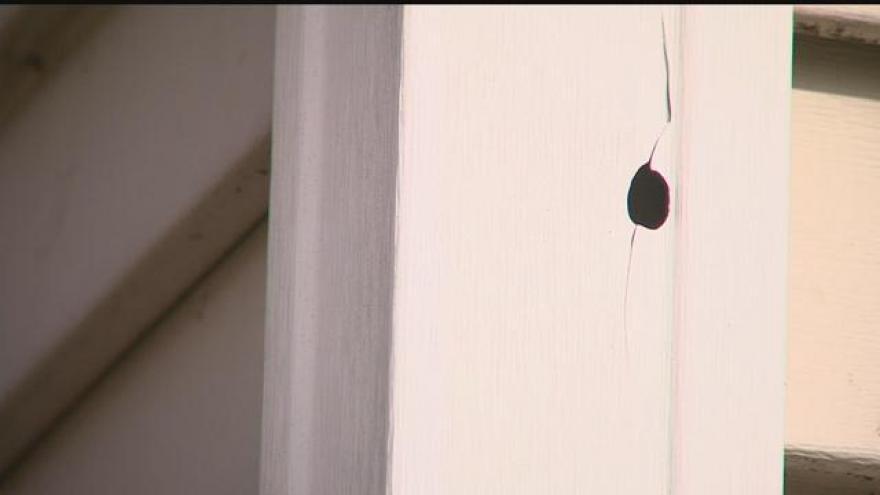 Frank Elementary School had extra security Friday after Kenosha Police says there was a shots fired call at homes near the area.

In both incidents, the homes were occupied at the time. Nobody was hurt.

Officers responded to collect evidence and statements, and the cases are currently being investigated by our Detective Bureau.

The Kenosha  Unified School District tells CBS 58's Amanda DeVoes that it stepped up security at four nearby schools.

Police say they have one suspect in custody. He's a 21 year old man.

No word on charges as of our noon newscast.

One woman who lives at one of the homes spoke with CBS 58 News on condition of anonymity says both her children were up at the time the gunfire rang out.

"I was out here when all that occurred," the woman recalled. "They pulled him out the car, and he had some female with him. They I guess arrested her too. They arrested him and I looked at him noticed, like hey, I know they guy. All I could scream is, you shot at my house. You tried to kill me and my kids."

As more information becomes available, we will share it with you.