EXCLUSIVE: Woman Says Ex-Boyfriend Shot Her and Her Son 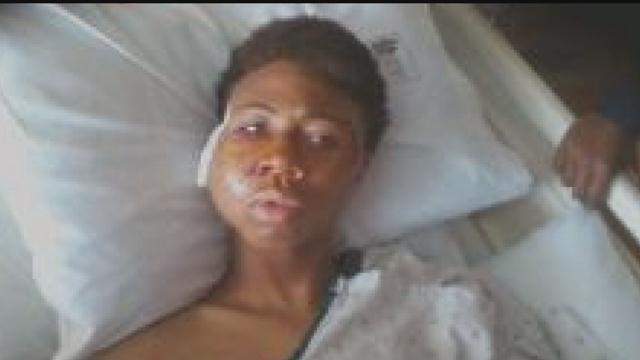 Shot three times, then left for dead. Now, that woman is hoping for justice. Sonya McKee said her ex-boyfriend, Billy Bays, used her gun to shoot her, and her teen son back on July 20th.

"He got shot like right under his ear and it went out of his face," McKee said of her son's injuries.

McKee said things were fine the night of July 20, until her son got home.

"He (Bays) started just, like, picking with us and just, you know, questioning my son about basically nothing," McKee described.

When Bays kept at it, she asked him to leave, but Bays went in to a bedroom instead.

"He had called my son in to the room, and he just pulled out the gun and shot him first in the shoulder, then shot him again in the face when he was laying on the ground," McKee said. "Then he turned and shot me three times."

McKee was hit twice in the chest, where one bullet still is, and in the leg which doctors removed.

"They had no choice because it caused a bad infection and it could have cost me my leg," she said.

McKee's son is back to school now, but getting back to what life was like before the shooting isn't easy. Billy Bays has been charged by the Milwaukee County District Attorney’s Office with two counts of Attempted First Degree Intentional Homicide, two counts of First Degree Reckless Injury, and Felon in Possession of a Firearm as a result of the shooting.