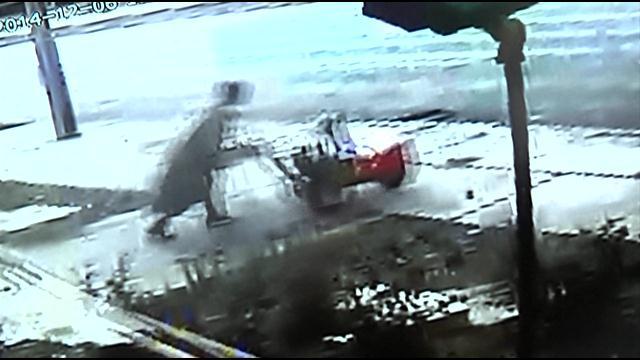 \"Dressed up pretty nice, he came in, looked like he was just needing some help with directions, and so I gave it to him and he left in a hurry,\" said Dan McCarthy, General Manager of Milwaukee Power Equipment.

As the man walked out the door, he walked off with a snow blower on display in front of the store.  The suspect headed north on South Howell.

\"From the footage it looks like he ran down the street with it, my guess is there was a getaway vehicle,\" said McCarthy.

McCarthy was working by himself at the time.  He was getting ready to close his shop for the day.

\"I didn't realize until about ten minutes later,\" recalled McCarthy.

McCarthy initially thought a friend pulled a prank on him, but instead found himself a victim of theft.

McCarthy hopes releasing this surveillance video will help him recover a $1500 loss.

\"It's not a huge loss, but it's enough of a loss, being a brand new business,\" said McCarthy.

McCarthy says in the six months his business has been open, he's been targeted by criminals twice.  The first one was credit card fraud.

Moving forward McCarthy plans to chain down all the equipment he has on display. If you know anything that can help, call Milwaukee Police.