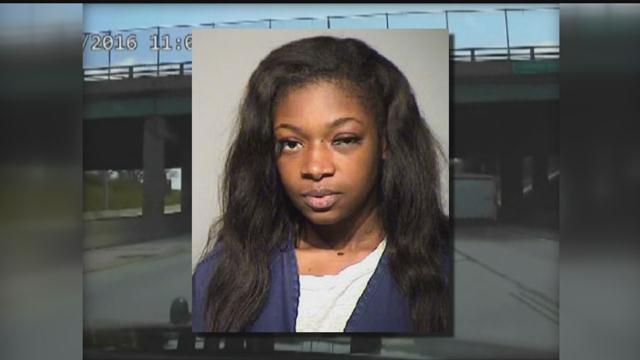 Five days ago, on a sunny, Sunday morning, two Milwaukee County sheriff's deputies stopped a car for speeding on I-43 near Loomis Road.

The driver's license was suspended so deputies called a tow truck.

Dash cam video obtained only by CBS 58, showed the passenger out of the car with deputies nearby. All of a sudden, the driver puts the car in reverse, slams into the squad car and speeds off.

The jolt caused one of the deputies to fall and roll into oncoming traffic, while another grabbed and held on to the driver's side door. Meanwhile, the passenger is knocked into the concrete wall, unable to get up from the force.

The horrifying situation is immediately radioed in to dispatch.

Deputy: "I'm not injured. A passenger got injured."

Dispatch: "What injuries to the passenger?"

Deputy: "Leg injury. She got smashed into a wall."

A backup squad car also caught the crash on camera.

Drivers slow down, but some don't even move over, putting a defenseless law enforcement officer in more danger. It's the reason why authorities strongly enforce the move over law.

One of the deputies runs to his car, checking his own injures, before speeding off to catch the driver Kelvina Freeman, 23, from Milwaukee.

Freeman was caught just days later and would have gotten a ticket and a fine for her initial violation. Instead, she could spend up to 45 years in prison.

Charges for multiple felonies and misdemeanors are pending.

The video is attached to this story.