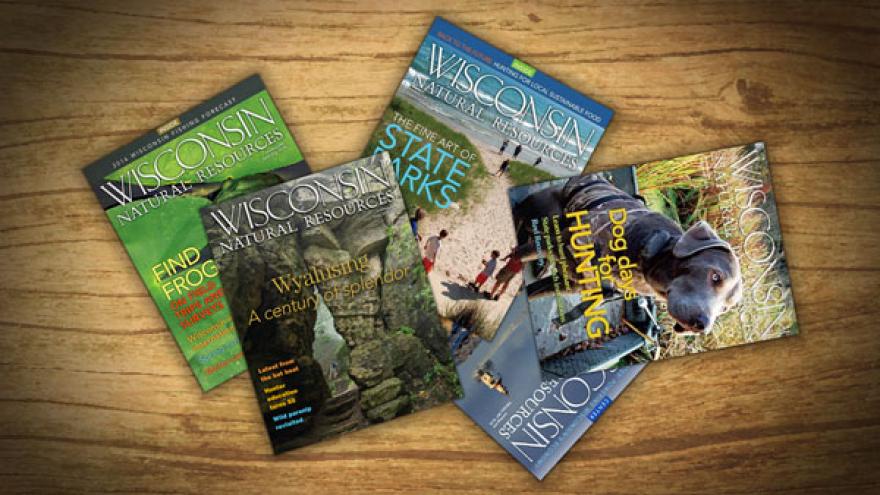 MADISON, Wis. (AP) — A popular outdoors magazine published by the Wisconsin Department of Natural Resources that's on the chopping block could get saved by the Legislature's budget-writing committee on Wednesday.

The Joint Finance Committee also planned to vote on whether to go along with one of Gov. Scott Walker's top priorities — eliminating a state property tax that generates money to benefit Wisconsin's forests. Walker has been lobbying hard to do away with the state property tax, which would allow him to use the issue on the campaign trail as he seeks a third term next year.

Walker hasn't been saying as much to defend his call for eliminating the 98-year-old DNR magazine. Lovers of the Wisconsin Natural Resources magazine — which had 84,000 subscribers as of December — have been urging lawmakers to keep the print edition alive. Walker has argued that the state shouldn't be in the publishing business and that the DNR can get its message out through social media like Facebook and Twitter.

The budget committee was also slated to vote on allow state park entry and camping fees to increase; eliminate the state parole commission; and increase salaries for judges, district attorneys and public defenders.

Changes the committee makes to the two-year, $76 billion spending plan are critical as its version of the budget is likely to pass the full Legislature with few revisions. Democrats don't have the votes to stop Republicans, but GOP lawmakers have also been disagreeing among themselves and with Walker on what direction to go.

The pushback over ending the bi-monthly magazine has been strong, particularly among older subscribers who don't rely on the internet for news. Democrats and environmentalists worry that Walker's true motivation may be silencing a publication that promotes science. Walker has retooled the DNR over the years to be more business-friendly, while also de-emphasizing the effects of global warming.

The magazine is paid for through subscriptions, but DNR Secretary Cathy Stepp has said it takes agency employees away from their core duties.

The pushback has come largely from fellow Republicans to Walker's proposed elimination of the state property tax that's used to acquire and preserve forests in Wisconsin. The vast majority of property taxes paid by homeowners are levied and collected locally by school districts, cities, counties and technical colleges.

Ending the state property tax for forestry, which is about $27 a year on a median-valued $160,000 home, is one of Walker's priorities in this budget. He's been calling on his supporters to pressure the Legislature to go along with his proposal, but Republicans have been openly questioning the need to do it.

Walker would replace about $180 million generated from the property tax with money from the state's main account. Critics argue that puts state support for forests in jeopardy as funding would move from the dedicated property tax to the general fund where it would have to compete with education, health care, prisons, aids to local communities and all other state funding priorities.

Walker's own Council of Forestry, which works to support and promote forestry in the state, voted last week to oppose ending the property tax.

While the dollar amount may not be significant, it would take away one of Walker's campaign re-election talking points that he did away with a tax. But even with the increase, property taxes would still be lower than when Walker took office in 2011.