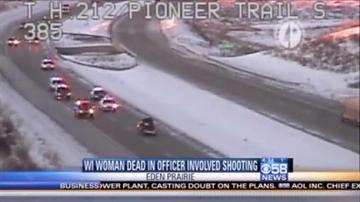 Authorities say Dawn Pfister of Elkhorn was in a car with 36-year-old Matthew Serbus on Highway 212 in Eden Prairie.

Serbus led police on a high-speed chase and portions of the highway were shut down as the chase continued.

After the car slid out of control, a video of the incident shows a scuffle between both occupants and police.

Authorities are seen drawing their weapons, then the camera zooms away from the scene.

Both Pfister and Serbus were killed.

Police have not said what led to the shooting.