EAA AirVenture in Oshkosh shutting down early due to storm threat 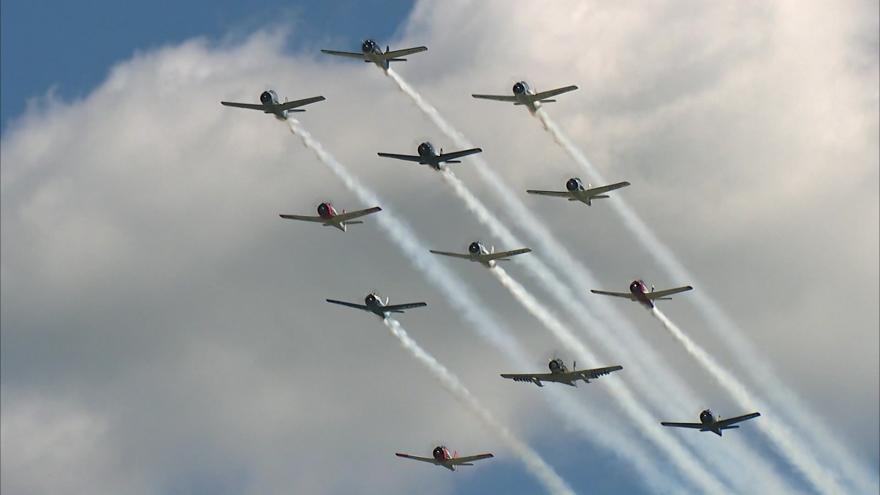 Update: Around 12:40 a.m. the American Red Cross said they were closing their evacuation center for EAA visitors at the Menominee Nation Arena. They said in a tweet that the severe weather had passed and everyone was able to safely return to the grounds.

OSHKOSH, Wis. (CBS 58) -- EAA Airventure in Oshkosh announced it would close early due to threatening storms on Wednesday, July 28.

EAA made the announcement on Twitter shortly before 4 p.m.

The National Weather Service in Green Bay informed EAA of a significant storm threat beginning at 8 p.m. Wednesday night, officials say. Due to the threat, EAA closed most operations for the day at 5 p.m.

The American Red Cross has opened an evacuation center for people from EAA to ride out Wednesday night's storms at Menominee Nation Arena, 1212 S. Main Street. The Red Cross says there the arena has power, restrooms, water and a comfortable, safe place to escape the weather hitting the event grounds. They caution to only travel to the center if it is safe to do so.

There is no evening programming on Wednesday, including the night air show, Theater in the Woods, and Fly-In Theater, EAA said. Officials said transportation systems will continue to operate as long as weather conditions allow.

Exhibit buildings, restaurants, and other services closed at 5 p.m. The airport will reopen for departures at 5 p.m. until 8 p.m., or as long as practical, officials say.

"Pilots who have aircraft remaining at Wittmann Regional Airport are reminded to secure their tiedowns," EAA tweeted.

The National Weather Service told EAA the storm front should arrive between 8 p.m. and 10 p.m. and will continue until after midnight.

"EAA will continue to monitor conditions and alert those camping on the grounds as to any additional details as necessary," EAA tweeted.

Due to the cancellation of evening activities on Wednesday, AirVenture wristbands will be honored for admission on Thursday, July 29.

The night air show has been rescheduled for Thursday evening.