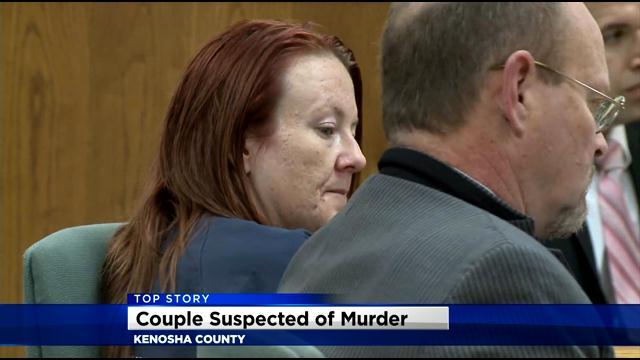 Accused shoplifters implicated in an Alabama murder have waived their extradition hearings.

The state dropped those misdemeanors against Underwood, as well as Thrasher's obstruction charge.

Kenosha County police say the duo, from Blount County, Ala., was caught stealing booze and energy drinks from a local grocery store, when another officer investigating a nearby parking complaint heard the call.

The suspects were from Alabama and the car was connected to a missing person's case there.

Two detectives and the prosecutor from Blount County, Ala., came to Kenosha earlier this week. However, local detectives led the investigation.

The criminal complaint states the Thrasher and Underwood eventually admitted they were involved in the missing man's beating death.

\"During the interview process, the Alabama authorities [here] were in constant contact with authorities in Alabama to help them locate the area where the body was possibly dumped,\" said Lt. Brad Hetlet with Kenosha police. \"And they, in fact, did locate a body eventually.\"

A third man in Alabama has been charged with murder.

Authorities tell us it could take up to two weeks for the pair to be picked up and taken back to Alabama.