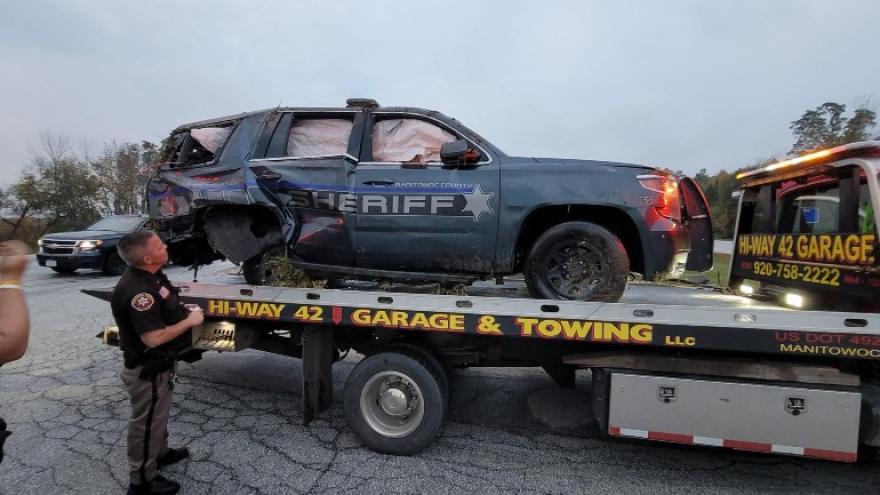 MANITOWOC, Wis. (CBS 58) -- A drunk driver was flown to local hospital for severe injuries after striking a squad car in Manitowoc County on Sunday, Oct. 10.

Officials say it happened shortly after 2:30 a.m. on Sunday when a Manitowoc County Sheriff's Deputy notified the joint dispatch center they were involved in car crash and needed help.

A preliminary investigation shows a 23-year-old sheriff's deputy was parked in the median turnaround on I-43 north of STH 310 in a fully marked 2020 Chevy Tahoe squad monitoring speeds of southbound traffic. Officials say a 2007 Chevy Corvette being driven by a 41-year-old Francis Creek resident was traveling northbound on I-43. The Corvette left the roadway and struck the squad vehicle from behind.

I-43 closed down in both directions for five hours following the crash.

The operator of the squad vehicle was transported to a Green Bay hospital by ambulance for non-life threatening injuries.

The operator of the Corvette was extricated from the car with the assistance of Jaws of Life. He was flown to a Green Bay hospital by ThedaStar Helicopter for severe life-threatening injuries. The operator was arrested for Operating While Intoxicated - causing injury.