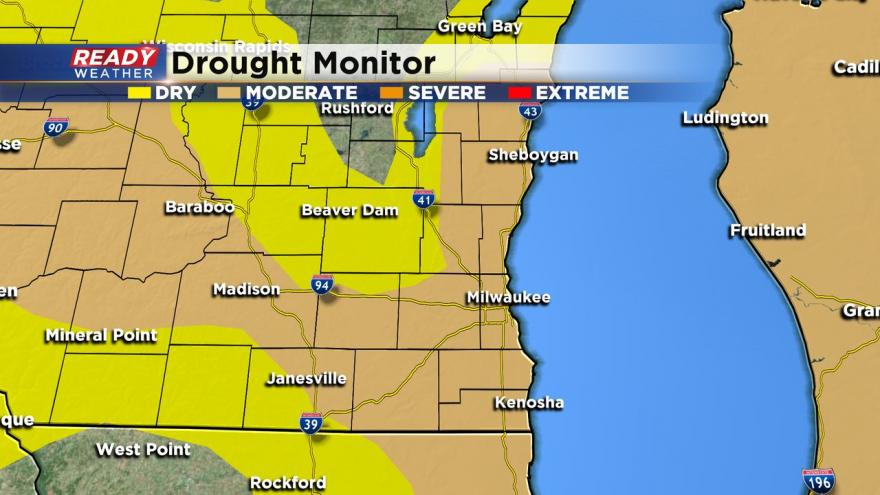 With the new drought monitor that was released Thursday morning the area of official drought has really expanded in southeast Wisconsin. Almost all of our local area is now considered in a drought from Sheboygan all the way down to Waukesha and west to Madison and Janesville. The only areas not considered drought right now are Dodge County and most of Fond du Lac County but those areas are considered abnormally dry. 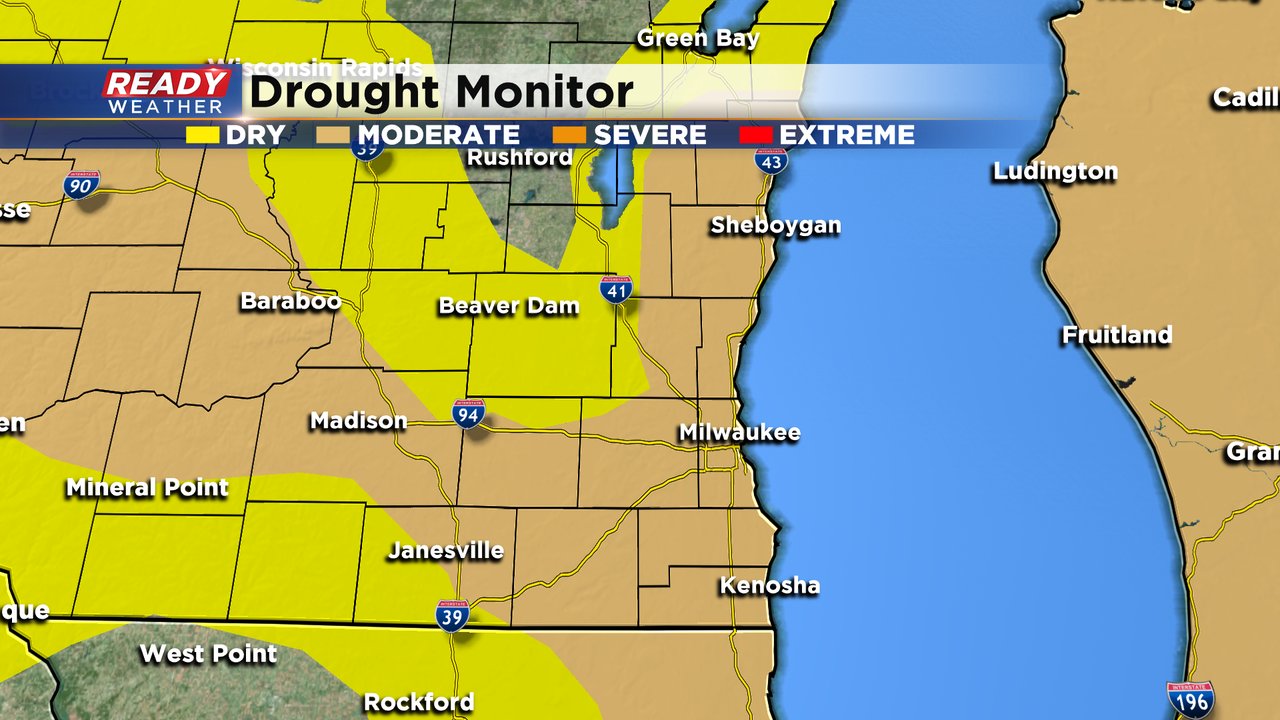 For comparison, here was the drought monitor last week. Notice that although most of southeast Wisconsin was considered abnormally dry, only Kenosha and southern Racine Counties were in an official drought. Over the last week the percent of drought in the state of Wisconsin rose from under 1% to now over 22%. One year ago we didn't have any drought or dry conditions across the entire state after a very wet March. 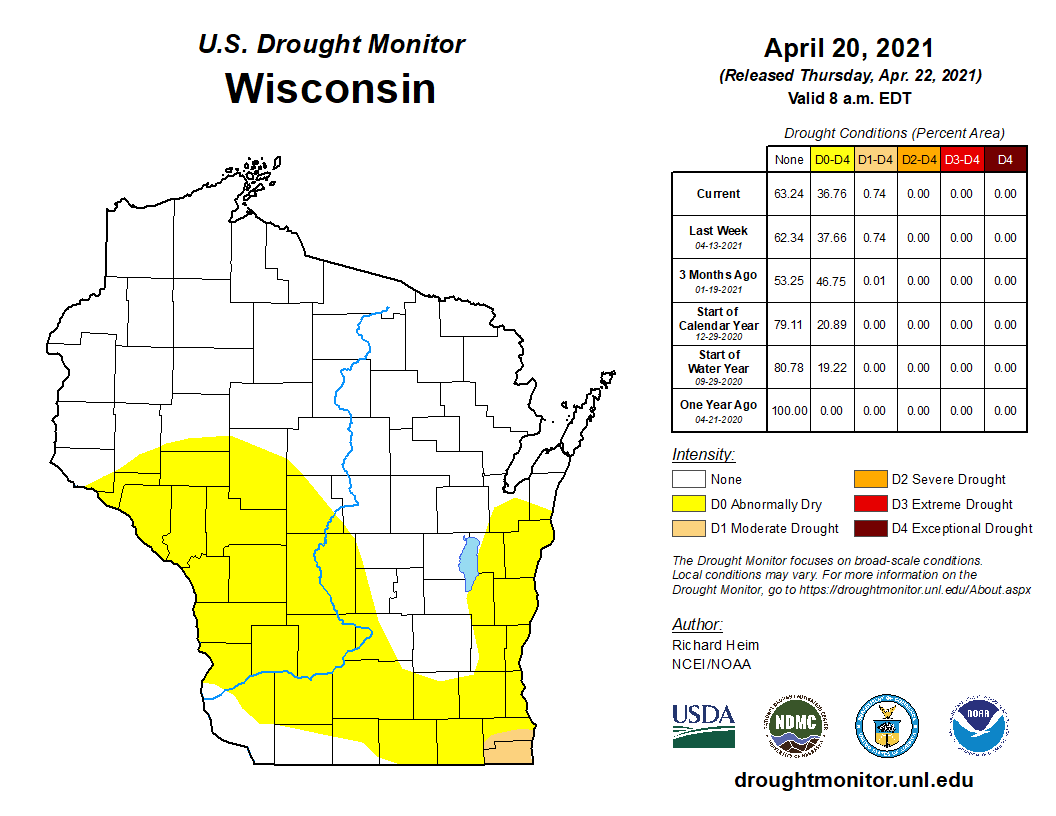 Since the beginning of March we have not seen much rain at all. As detailed in Wednesday's blog, most of southeast Wisconsin has only picked up between 1.5-3" of rain over the last two months. That may seem like a lot but compared to average it is just half of what we typically see during the months of March and April. Through April 28th, meteorological spring is off to its 7th driest start on record. 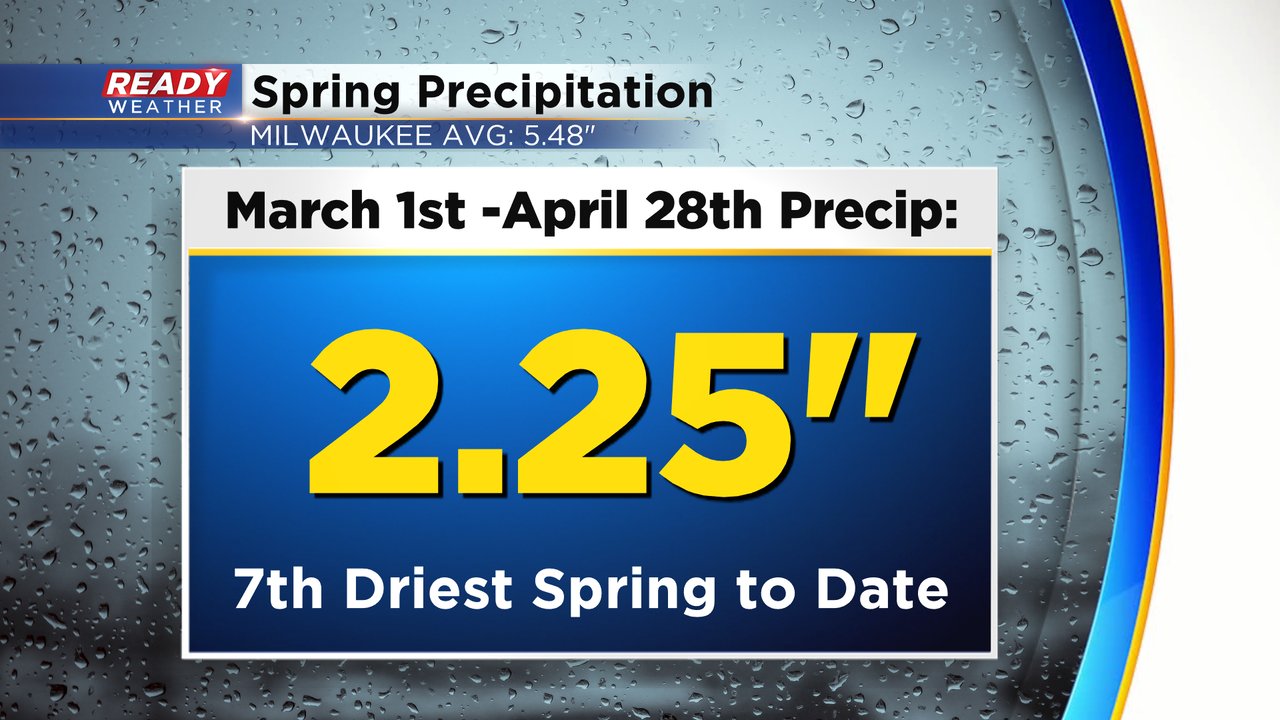 Spring rains are very important for farmers and gardeners. We do have some isolated shower chances Thursday but nothing that would help our drought situation. A soaking rain is possible Sunday into Monday but it's not looking like a drought buster right now. Download the CBS 58 Ready Weather app to see when a beneficial rain might be on the way.