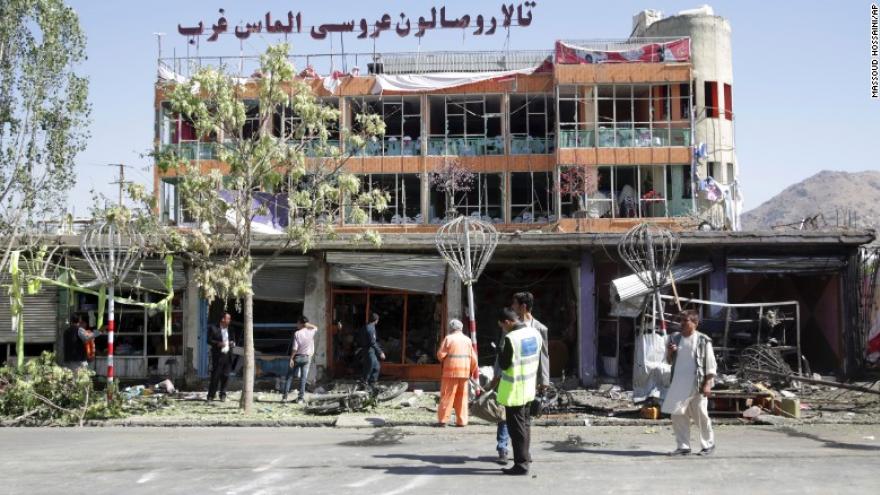 KABUL, Afghanistan -- A suicide bomber rammed his car packed with explosives into a bus carrying government employees in the capital of Afghanistanearly on Monday, killing 24 people and wounding 42 others, Kabul's police chief spokesman said.

The attack took place in a western Kabul neighborhood where several prominent politicians reside and at rush hour, as residents were heading to work and students were on their way to a nearby private high school, said Basir Mujahed, the spokesman.

Other reports put the death toll as high as 35.

Mujahed said the bomber hit a bus carrying employees of the mines and petroleum ministry, but that all the dead and wounded were civilians.

The Interior Ministry called the attack a "criminal attack against humanity," and told CBS News three other vehicles and 15 shops in the area also sustained damage.

Taliban spokesman Zabihullah Mujahid sent a message to journalists in Kabul claiming responsibility for the attack, and saying the target was two mini-buses belonging to Afghanistan's primary intelligence agency.

The Reuters news agency points out that the Taliban has launched a wave of attacks around the country in recent days, sparking fighting in more than half a dozen provinces.

"The resurgence of violence coincides with the U.S. administration weighing up its strategic options for Afghanistan, including the possibility of sending more troops to bolster the training and advisory mission already helping Afghan forces," Reuters adds.

Several prominent politicians live in the neighborhood where the attack happened.

Eyewitnesses to Monday's attack said shattered glass from nearby buildings was scattered over the roadway.

"The sound was very strong. The ground shook," said Mohammed Nader, who owns a convenience store in the neighborhood.