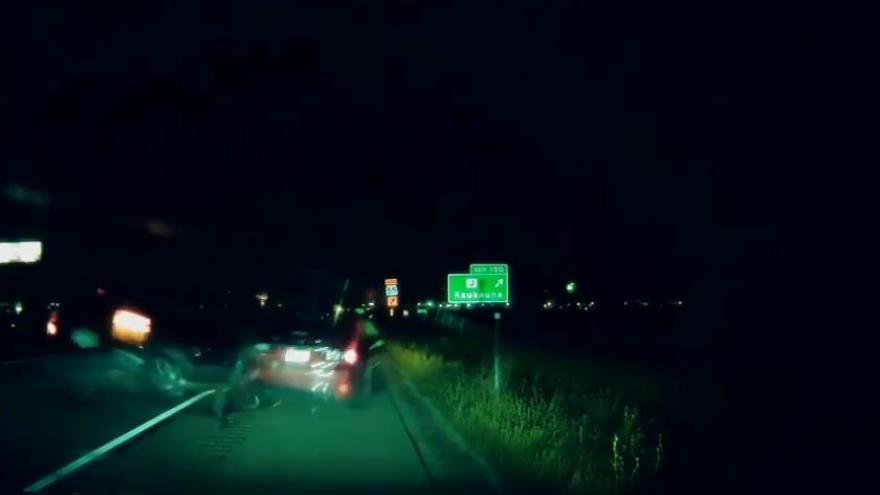 OUTAGAMIE COUNTY, Wis. (CBS 58) -- Wisconsin Department of Transportation has released video showing why it is important to move over for emergency responders.

The video is dashcam from a Wisconsin State Trooper who had a car pulled over on I-41 in Outagamie County Tuesday night.

After the trooper has walked back to his car, a car slams into the back of the pulled over car sending it into the ditch.

According to DOT, the driver of the pulled over car was taken to the hospital with non-life threatening injuries.