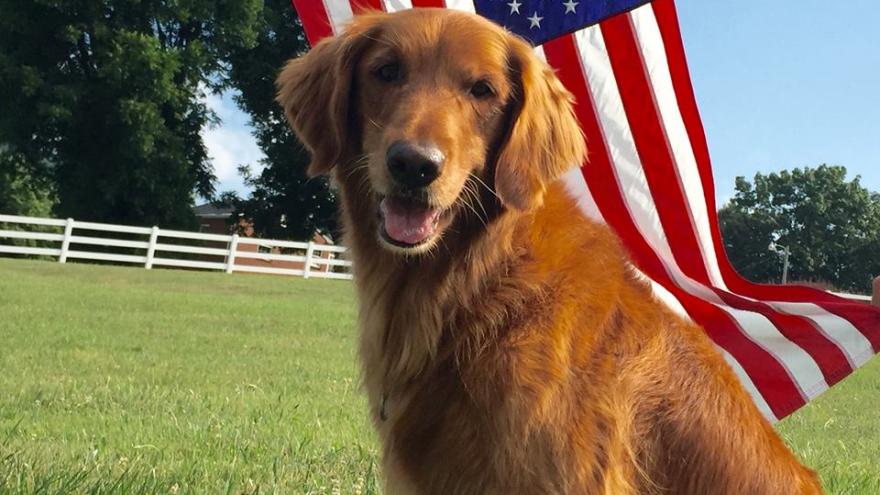 One of the dogs that portrayed "Duke" in commercials for Bush's Baked Beans has died. Sam lived in Apopka, Florida, with his owner, Susan, their neighbor David Odom says. Odom's post about Sam's death went viral on Facebook, and now Bush's Baked Beans is responding.

"We continue to be overwhelmed by fan interest and their love of Duke. The relationship between Jay and his beloved dog Duke is the embodiment of the BUSH'S brand, and has been a part of our family story for more than 20 years," Bush's Baked Beans wrote on Facebook on Tuesday. "During that time, we've worked closely with several dogs who portrayed Duke in our commercials, including Sam."

The company says Sam hasn't played "Duke" in recent years, yet they are "saddened by the news of his passing and are grateful to have had him depict Duke."

"Because Duke is iconic to BUSH'S and so adored by our fans, we will continue to use him in our ads," the company's statement said.

David Odom wrote about Sam's death last week of Facebook. Odom shared a photo of the dog and a message about his life and passing. "Most know him as 'Duke' the Bush's Baked Beans dog. His name is actually Sam," Odom wrote, adding that Sam's owner, Susan, trains animals to work in commercials.

"Sadly [Susan] had to euthanize Sam yesterday due to an aggressive cancer he was suffering from," Odom's post from June 28 reads. "She is as we are heartbroken."

Odomo shared a photo of the star pup sitting in the grass, with an American flag flying behind him. "Here is a photo from his better days. He was a very special dog to all who ever knew or had the pleasure of meeting him. He is and will be missed," Odom wrote.